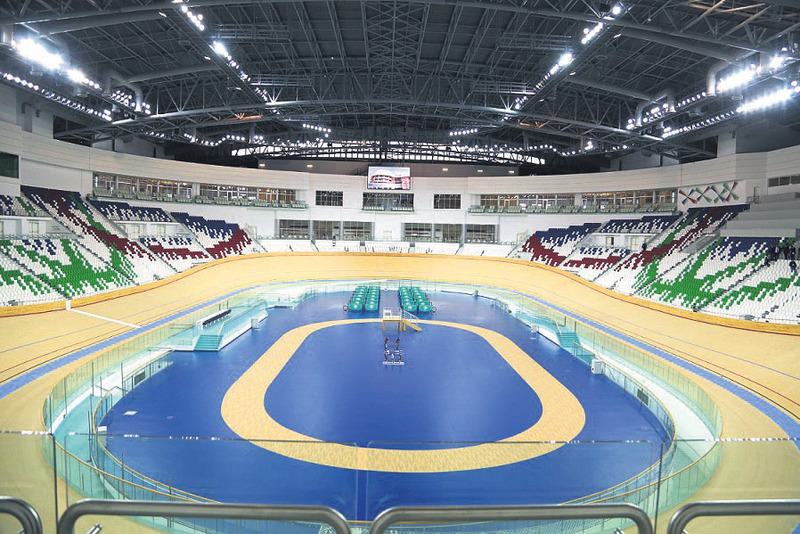 While Turkmenistan has been preparing to host the Asian Indoor and Martial Arts Games in 2017, the country has opened Ashgabat's Olympic Complex. The complex is a major $5 billion investment by the government to satisfy the appetite that exists in Turkmenistan for international sport

The Turkmenistan International Sports Media Forum 2015 (TISMF 2015) is an event that sees sports journalists from around the world travel to Turkmenistan's capital city Ashgabat to exchange expertise and best practice, tour Ashgabat's Olympic Complex and experience first-hand Turkmenistan's preparations for hosting the Asian Indoor and Martial Arts Games in 2017 (AIMAG 2017).

TISMF 2015 is the second edition of the Forum following the inaugural event in 2013. Last week's trip marks the third occasion that the international media has been invited to Turkmenistan as the country continues to seek experience and media practice in the lead up to hosting its first major sporting event in just two years' time. The visit began with the Asiada-2017 Conference involving sport federation presidents from Asia who were gathering for a parallel visit to Turkmenistan. The conference, which took place at the National Sport Institute, involved high-level talks from Chairman of the Fifth Asian Indoor and Martial Arts Games Executive Committee, Dayanch Gulgeldiev; Secretary General of Turkmenistan's National Olympic Committee, Azat Muradov; and Olympic Council of Asia Vice President, Wei Jizhong, and was an ideal opportunity for the international media to hear more about the Games in 2017. Speaking on behalf of the AIMAG 2017 Executive Committee, Dayanch Gulgeldiev said, "Today has been a wonderful start to this year's visit for international media to Turkmenistan. It is a real privilege for us to be welcoming top journalists from around the world to see our preparations for the Asian Indoor and Martial Arts Games in 2017. I hope that today has shown the delegates our potential to deliver a first-class Games in 2017 and provide a meaningful and lasting legacy for Ashgabat, Turkmenistan and the surrounding region as we hope to boost our profile as a host of international sport."

The sport journalists were among the first in the world to visit the Ashgabat Olympic Complex on day one of the Forum. The complex - which is a major $5 billion investment by the government to satisfy the appetite that exists in Turkmenistan for international sport - boasts brand new venues including the largest velodrome in the world which will host 6,000 spectators in 2017.

Muradov commented, "TISMF 2015 is Turkmenistan's latest success in our journey towards hosting the Games in 2017. Today we have heard from world-class speakers who have led engaging and insightful discussions which will help us in our preparations over the coming years. I look forward to welcoming our new friends again in 2017 as Turkmenistan takes its first major step onto the world sport stage."

The Asian Indoor and Martial Arts Games in 2017 will be a historic occasion as the first edition of the Games which will involve athletes from Oceania. With 17 nations and seven Associate Members from this region participating, Turkmenistan will host a record attendance of 8,000 athletes and officials from 62 National Olympic Committees.
Last Update: Apr 08, 2015 10:18 pm
RELATED TOPICS