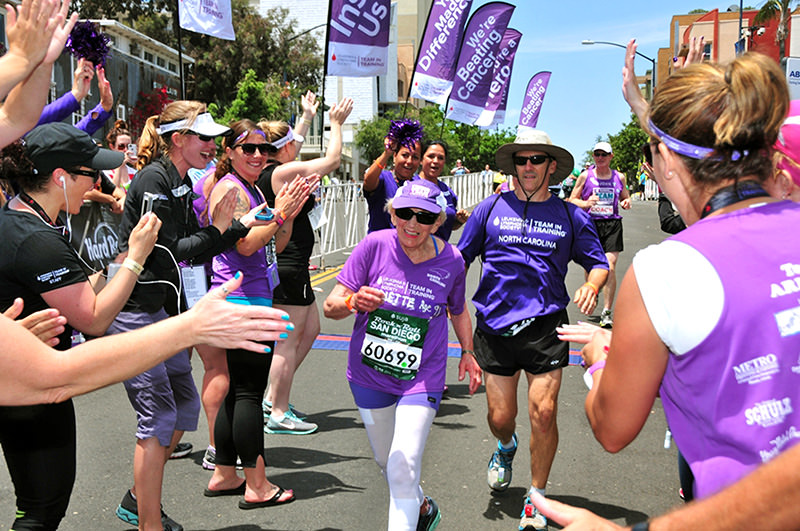 In this June 1, 2014 photo, Harriette Thompson, then 91, crosses the finish line in the 2014 Suja Rock u2018nu2019 Roll Marathon in San Diego (AP Photo)
by Jun 01, 2015 12:00 am
A 92-year-old woman in the U.S. became the oldest woman to finish a marathon when she crossed the finish line of a San Diego 26-miler on Sunday, race organizers said. A smiling Harriette Thompson, aged 92 years 65 days, was cheered on by dozens of onlookers and supporters as she completed the event in seven hours, 24 minutes and 36 seconds. Speaking to her hometown newspaper, the Charlotte Observer, Thompson said she felt "a little stiff" after the race.

"I was really tired at one point. Around mile 21 I was going up a hill and it was like a mountain," she told the Observer.

"I was thinking, 'This is sort of crazy at my age.' But then I felt better coming down the hill. And my son Brenny kept feeding me all this wonderful carbohydrates that kept me going."

The previous oldest female marathon runner was another American, Gladys "Gladyator" Burrill, who was 92 years and 19 days old when she ran the Honolulu event in 2010.

Thompson participated in the marathon to raise money for cancer research, a disease she has herself survived. The grandmother to 10 grandchildren also completed the race last year with a time of seven hours, seven minutes and 42 seconds.