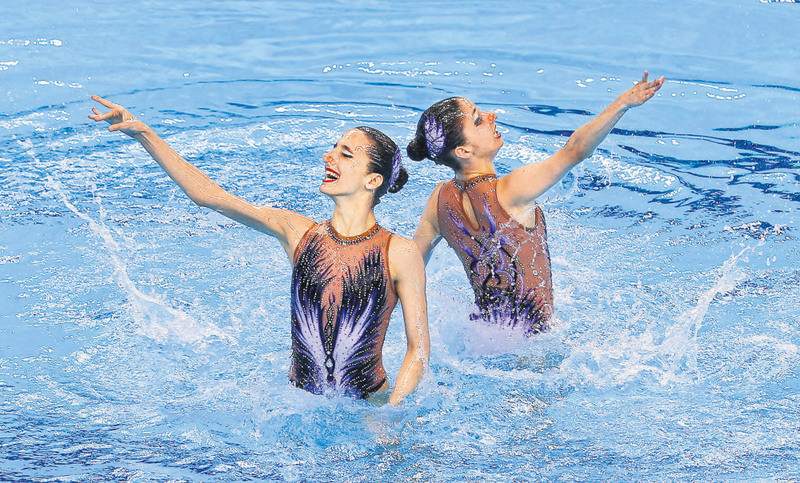 Baku 2015, an exciting and innovative multi-sport event for the continent that is the first-ever European Games, opened Friday with a spectacular ceremony

The curtain was raised on the first European Games on Friday in Azerbaijan's capital Baku. The European Games were devised by the European Olympic Committee and launched at their General Assembly in Rome in December 2012. The concept is a continental multi-sport event along the lines of an Olympic or Commonwealth Games. Asia has already been holding its equivalent games every four years since 1951. That was the same year in which the Pan-American Games came into being as well.

In total, 50 European countries will bring around 6,000 athletes to compete in Azerbaijan between June 12 and June 28. In Baku, there are 20 sports on show, which encompasses 30 disciplines. Of those sports, 16 are Olympic events, while the other four - karate, basketball 3x3, beach soccer and sambo - are new sports to this format.

In judo, the European Games will double as the European Championships - which was due to take place in Glasgow in April until the event was postponed over a sponsorship dispute.

There will be 253 medal events - and there will also be opportunities in 12 sports to qualify for next year's Olympics in Rio. Some of those sports offer direct qualification - such as triathlon, shooting and table tennis - and others provide ranking points, like in wrestling, archery and taekwondo.

With the first European Games, the host nation is looking to capture the world's attention. "After the European Games in Baku, people across the world will know that Azerbaijan is in Europe," Sports Minister Azad Rahimov said. For Rahimov the motivation was clear for Azerbaijan's multi-billion dollar effort to host the first European Games, an official Olympic franchise.With 6,000 European athletes competing in 20 sports at newly-built venues in the capital Baku, the official cost of the game stands at $1.2 billion.

Some 190 sportspeople from Turkey are attending the 2015 European Games. Turkey will participate in the games with 109 men and 81 women, totaling 190, in 23 disciplines under 19 sports branches.

"The president of the national Olympic committee of Armenia was never attending," European Olympic Committees President Patrick Hickey told reporters. "He told us that from day one."

War erupted over Nagorno-Karabakh in 1991 as the Soviet Union broke up, killing about 30,000 people. A cease-fire was called in 1994 but violence has broken out sporadically since. Armenia has sent 25 athletes to the event, competing mainly in wrestling and boxing. "We know there is a conflict," Hickey said. "But we are so happy this is happening here with Armenia participating."
Last Update: Jun 12, 2015 9:24 pm
RELATED TOPICS