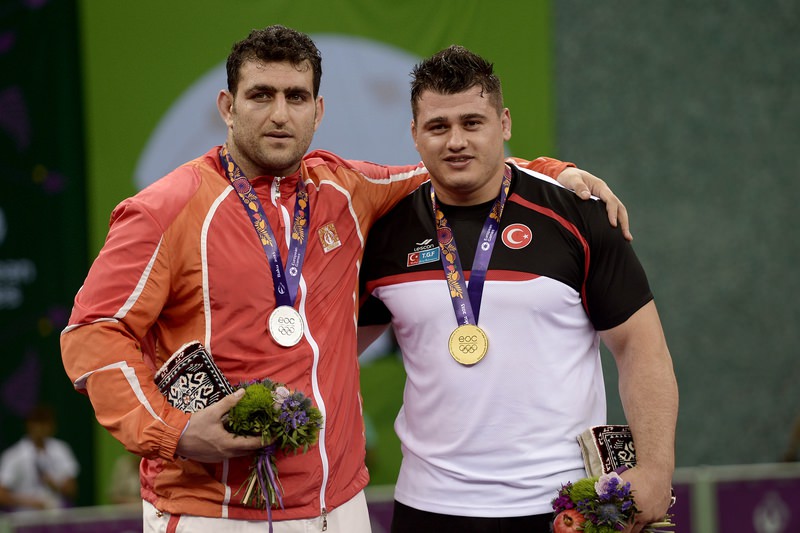 by Daily Sabah Jun 14, 2015 12:00 am
Turkey adds another gold medal to its wrestling repertoire with Rıza Kayaalp's 130kg greco-roman victory against Azerbaijan's Sabahi Shariati at the men's wrestling final on late Friday at the 2015 European games in Azerbaijan's capital Baku.

Having collected three points in the first period, Kayaalp dominated the match held in the Heydar Aliyev Arena while Shariati managed to get one point only in the second period.

Currently in third place at the 2015 European Games with four gold medals, Turkey is just behind Russia who has five gold medals and host Azerbaijan is leading in first place with six.
Last Update: Jun 14, 2015 9:42 pm
RELATED TOPICS