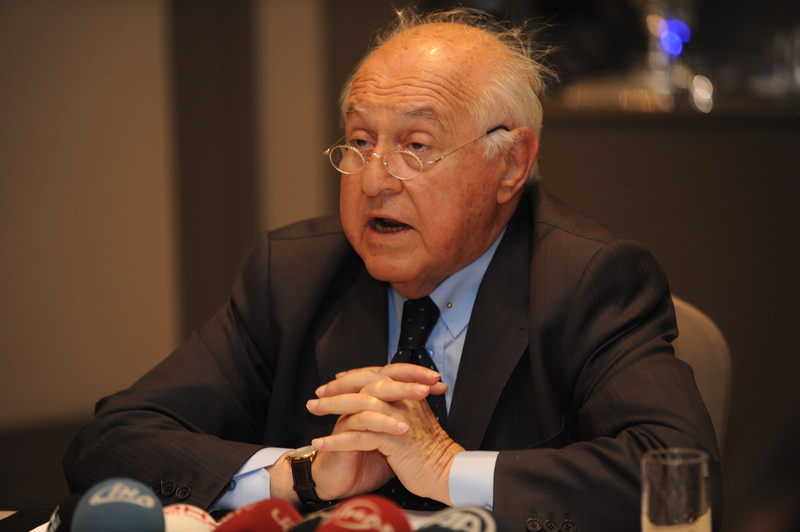 by Arda Alan Işık Jun 19, 2015 12:00 am
Galatasaray's caretaker chairman Duygun Yarsuvat announced his candidacy for the Turkish Football Federation presidency with a sensational statement. Yarsuvat accused the Yıldırım Demirören administration of empty stadiums, low quality games, hatred among clubs et cetera. To be honest, most of Yarsuvat's complaints are the same as mine, nevertheless these statements are too "pure" to be said by a chairman who made Galatasaray throw away its long-term plans and concentrate only on championship last season. Thus, there is an inconsistency between Yarsuvat's statements and actions.

On the other hand, Haluk Ulusoy ex-chairman of the Turkish Football Federation, also announced his candidacy. He also complained about the Demirören administration's antidemocratic practices and accused them of manipulating political actors for their own benefit. Nonetheless, Ulusoy is as controversial a figure in Turkish football as Demirören. During his presidency, Ulusoy ruled the TFF with worse antidemocratic practices than Demirören and despite the government's objection in 2006 he somehow managed to become the chairman for the second time, among the chaotic atmosphere of Turkey stimulated by military tutelage.

Therefore, these guys may seem nice and promising in the first place, but when we take them in their context, something smells really bad. Demirören claimed to have the support of 240 delegates in the federation, and given the fact that there are 300 delegates in the federation, most likely Ulusoy will not be even able to find enough support to announce his candidacy officially.

Added to that, all the Super League clubs except Galatasaray announced their support for Demirören, thus Duygun Yarsuvat does not have enough support either.

To sum up, you may say even if there is no chance for them to be elected, there is still a symbolic meaning. But just look the people who are objecting to Demirören; a passive and traditional caretaker chairman and an ex-chairman who was as terrible as Yıldırım Demirören. Are these people going to change the core of Turkish football? I do not think so. Rather, they are using the political space that can be used against Yıldırım Demirören for themselves. In other words, they create the illusion there is a real opposition against Demirören, which eventually blocks a real opposition.

At least you tried, Mehmet Demirkol

It seems that Fenerbahçe's new centre-back Simon Kjaer brought more excitement to Milliyet columnist Mehmet Demirkol than coach Vitor Pereira. He said:
"Simon Kjaer may not make you a magnificent team, but his presence indicates that you intend to build a very good team. He knows where to stand, he is strong, fast and enduring. Added to that, technically he has to be taken into consideration. If Fenerbahçe finds another defender with leadership skills and focus more on dead balls he might take the team to another level."
Well, Demirkol tried, but tried a bit too much. Yes, Kjaer could be a key player, especially when it comes to building the play from defense. But the question is, how is Pereira going to use him? Pereira's previous stint show that he looks at center backs in a traditional way. Thus, Kjaer would lose his advantages due to poor management.

Rather, Demirkol should focus on Pereira's approach to the club. After five crucial players left the club, it is certain that Pereira is making radical changes. Nevertheless, let us hope that he does these in order to create a self-sufficient Fenerbahçe. Otherwise, neither Kjaer nor Nani will make a difference.
Last Update: Jun 19, 2015 11:55 pm
RELATED TOPICS