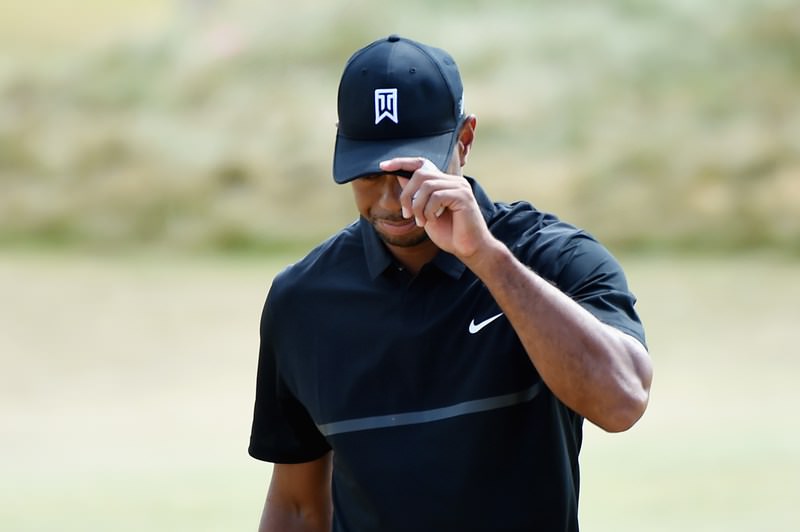 by Jun 19, 2015 12:00 am
Tiger Woods sank to the bottom of the U.S. Open leaderboard after an opening round 10-over 80, but vowed to fight on and return to the top. Without a major title since his U.S. Open victory seven years ago at Torrey Pines, Woods chances of ending the drought seems unlikely after he carded the fourth highest score in his professional career to leave him 15 shots behind co-leaders Dustin Johnson and Swede Henrik Stenson.

"Not very happy, that's for sure. It was a tough day," Woods told reporters. "It's one of those things, just got to work through it.
"I'm trying as hard as I can to do it, and for some reason I just can't get the consistency that I'd like to have out there."

Even in a year that has produced only disappointment Woods' display on the links-style layout was shocking. Dressed entirely in black, the outfit perfectly reflected Woods dark mood as he piled up bogey after bogey and was unable to tap into any of the form and belief that carried him to the top of the world rankings and 14 major titles.

The 39-year-old American made a dreadful bogey, bogey start and went steadily downhill from there until he made a triple-bogey at the 14th that dropped him to 10-over. Only one player, Rich Berberian Jr., a club professional playing in his first U.S. Open, was below him at the time. "The bright side is at least I kicked Rickie's butt today," joked Woods, managing to find a bit of humour in his performance. "I fought hard and that was my number (80).