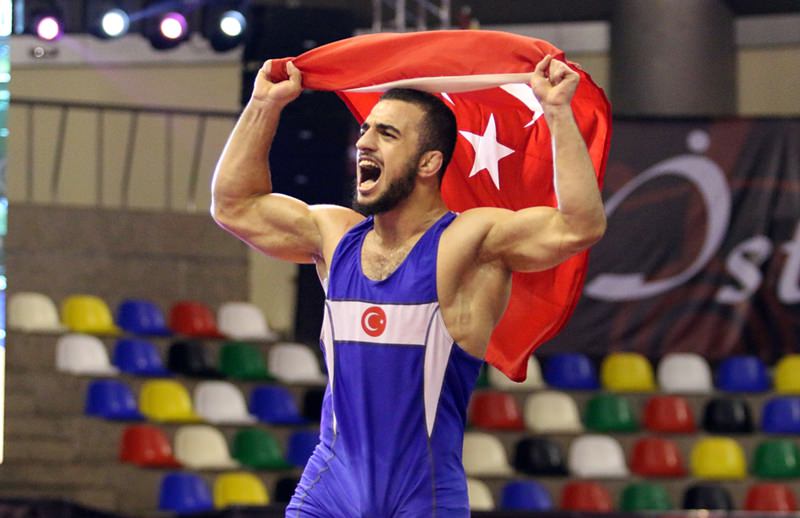 Said Gamidov of Azerbaijan, fifth place last year at 96 kilograms, used quickness and an effective bear-hug to drop Yunus Emre Dede of Turkey with a 4-pointer on his way to a 14-3 technical fall - assigning Dede to his second straight silver medal at the European junior meet.

Dede's loss was a bittersweet end to a day that began with such promise as Turkey advanced three wrestlers into the gold medal round and the fourth, Sezgin Pişmişoğlu (55 kilograms), to a bronze medal match. Pismişoğlu shook off a controversial loss in the quarter-finals to lead off the evening with a 10-8 win in the bronze medal final at 55 kilograms.

"I'm happy with the bronze. I think I was maybe a little too excited in the quarter-finals (where he lost to Naim Mikyay, 15-10)," said Pismişoğlu, adding "Next time, I want to win the gold medal and I will begin preparing for the world championships in Brazil right away."

As Pismişoğlu's loss seemed to ignite his team-mates in the morning session with all three advancing to the gold medal finals, his win in the evening appeared to be the spark for Turkey needed to mount a late rally.

Russia won the team title with a total of 72 points, followed by Turkey with 62 points from one champion, four silver medals and a bronze. Azerbaijan was a distant third with 47 points, but bagged the final gold medal of the freestyle competition.
Last Update: Jun 25, 2015 10:24 pm
RELATED TOPICS