Turkish Taekwondo on the rise 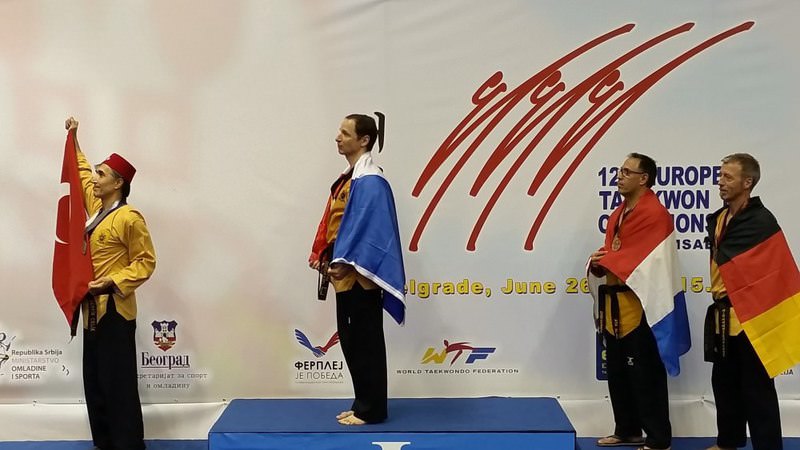 by Hakan Baş Aug 12, 2015 12:00 am
Taekwondo has the second highest number of registered sportspeople after football in Turkey, according to data from the Ministry of Youth and Sports. Turkish taekwondo has enjoyed huge successes in recent years. For example, it was the best sports branch that represented Turkey in the London 2012 Summer Olympics. Turkey has had representatives who won third place in the world, second place in Europe, first place in Europe as well as three third places in Europe, all in the last year.

In the European Taekwondo Poomsae Championship, which was organized by the European Taekwondo Union (ETU) in Serbia's capital Belgrade in October 2014, the Turkish team became the European champion by winning 29 medals, 10 of which were gold. Some 440 sportsmen from nearly 30 countries attended the tournament. Turkey, which participated in the championship with 46 sportsmen, won three gold, six silver and five bronze medals, totaling 14 medals, in the games played on the last day.

Maltepe Municipality Sports Club trainer Serkan Uzunçavdar, on the other hand, complained that they didn't draw enough interest and support from people despite all those successes. Uzunçavdar said, "We asked officials and businessmen in Maltepe to look after these brilliant children who have had such significant success and help those whose financial situation isn't good. A sportsman who is 53 years old won third place in the world in Mexico eight months ago and he also won second place in Europe in Serbia. Having such successes at 53 is very important."

Uzunçavdar emphasized that Dilara Arslan, who is going to represent Turkey and Maltepe in the World Championship held in South Korea within two weeks, is in shock because of people's indifference to her great success. I wish prominent people living in this neighborhood had protected our sportspeople. Some sportspeople stopped doing sports because of people's indifference. As a trainer, my primary purpose is to raise healthy generations and help publicize them to society. We should bring up our children well with sports and look after them. I hope a charitable businessman will appear and look after these successful sportspeople."
RELATED TOPICS