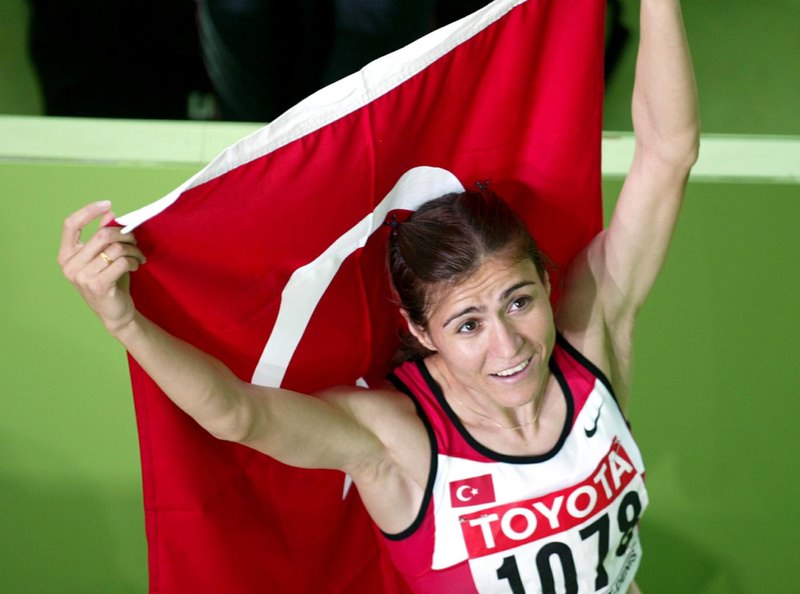 Turkish athletics has lost many of its prominent runners, including Süreyya Ayhan Kop and Aslı Çakır Alptekin, to the doping malady over the past eight years. However, Turkish officials do not tolerate doping offences and accordingly Turkey's Sports General Directory has announced that the gold that was awarded to Olympic champion Alptekin will have to be returned to the directory

Turkish athletics continues to receive blows due to doping use. A good many outstanding runners, including Süreyya Ayhan Kop and Aslı Çakır Alptekin, have been banned from the track either temporarily or permanently for doping use over the past eight years.

The doping issue hit the headlines after Süreyya Ayhan Kop was banned from competition for life in 2007 and it has been continuing to occupy the agenda ever since. The efforts made toward success in various branches, including long-distance running, sprinting, long jump and hammer throw, have come to nothing because of doping use.

European champion Süreyya Ayhan, who also came second in the women's 1500m, was banned from sports for life in 2007. The International Association of Athletics Federations (IAAF) has made significant progress in the detection of doping use thanks to the biological passports that it put into practice in 2008.

South African-born and naturalized Turkish long-distance runner Karin Melis Mey, who was third in the long jump in the 2009 World Championships, was forced to abandon competitions when she was found to have doped at the 2012 Summer Olympics. She received a two-year suspension over the first offense.

Ethiopian-born Turkish long-distance runner Alemitu Bekele, who achieved national and world championship golds in the women's 1500m and 5000m, was banned from competition for four years in 2013 on the grounds of irregularities found on her biological passport. Her punishment was reduced to one year and three months after she appealed to the Court of Arbitration for Sport (CAS) arguing that abnormal values in her blood stemmed from malaria. Eşref Apak, the silver medalist hammer thrower of the 2004 Summer Olympics, was also banned from competitions for the use of prohibited substances.

Nevin Yanıt, a European champion in the 100m hurdles and was the first Turkish female sprinter to have run in the final race in the 2012 Summer Olympics in London, was banned from competition for two years on the grounds of the use of prohibited substance in August 2013. First, her ban was extended to two and half years by the Turkish Olympic Committee (TOC) and then was extended to three years with the IAAF's appeal to Court of Arbitration for Sport.

Turkish athletics was rocked by new doping news that came one after another in 2014. One of the most promising athletes in Turkey, Binnaz Uslu, who won the Balkans Championship in the women's 1500m, was banned from sport for life in 2014.

Turkish sports experienced the greatest shock when Aslı Çakır Alptekin, who was the first and only Olympic champion athlete in Turkish sporting history, was banned from sport for eight years after a long arbitration procedure between the IAAF and the CAS. She was asked for defense over the use of prohibited substances. With Aslı Çakır Alptekin, a total of 46 Turkish national runners were included in the list of banned athletes that was published by the IAAF last year.

Turkish officials do not tolerate doping offences and accordingly Turkey's Sports General Directory has announced that the 2,575 Cumhuriyet gold that was given as a prize to Alptekin will be retaken as soon as the IAAF's report is delivered. The gold was worth TL 1,835,975 ($612.000). In other news, European champion Elvan Abeylegesse, who also came in second in the Olympics and the World Championships, was temporarily suspended for doping.

The Ethiopian-born Turkish athlete, who is one of the most important long-distance runners in Turkey, will offer her defense as stanozolol was found in her samples as a result of retrospective analyses. If the IAAF does not approve her defense, Turkey will have lost another star athlete because of doping.
RELATED TOPICS