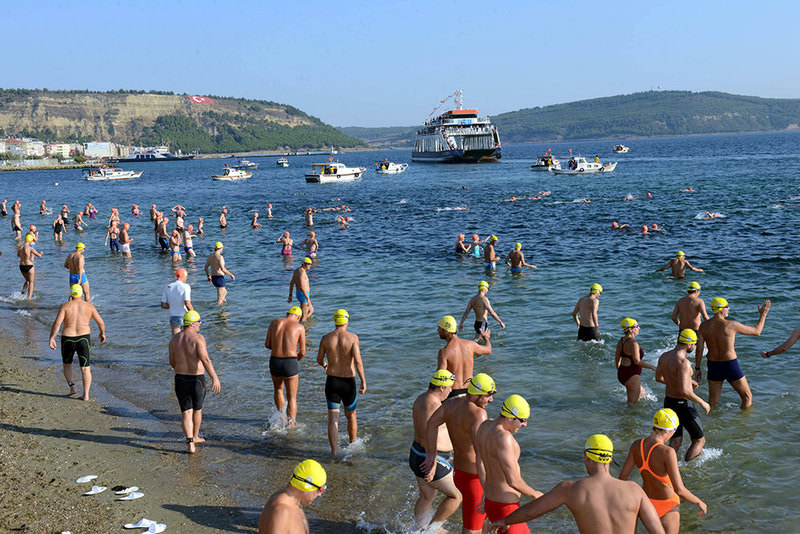 Situated in Turkey's northwest, the Dardanelles is one of the most significant open water swims in the world. The participants raced 3.5 miles between two continents as they swam between Eceabat beach and Çimenlik Castle situated in Asia.

The annual event is organized by the Çanakkale Rotary Club every Aug. 30 on Victory Day. The date commemorates the final victory for the Turks in the Turkish War of Independence in 1922 against the Greeks.

There is a time limit of 1-and-a-half hours to complete the course. The Turkish Coastguard reserve the right to remove swimmers from the water if they do not finish the crossing by this time. The strait traffic was closed for the race. Some of the swimmers had difficulties because of the violent currents.

Michael Miller came second with 46 minutes 35 seconds, followed by Emre Erdoğan with 46 minutes 46 seconds. Asilay Selçuk said she was very happy. "I did not expect such a win. I was preparing for the college exams. I was in good shape."