Palestine's 2018 World Cup qualifiers to be played in Jordan: FIFA 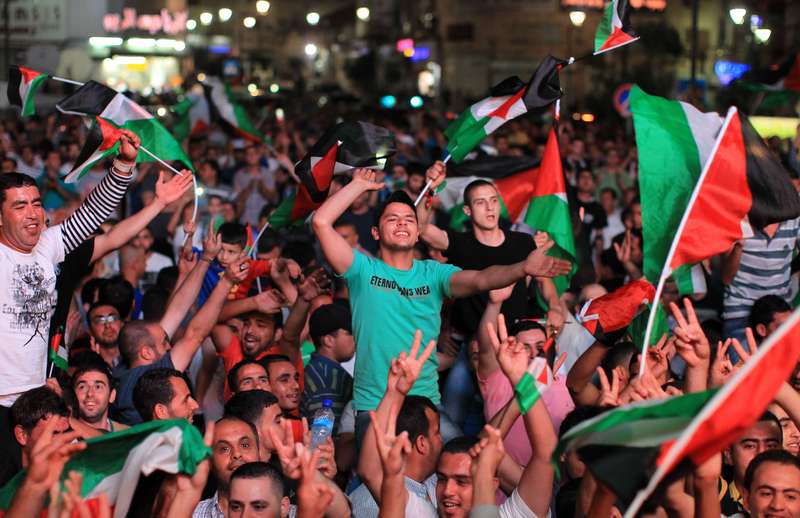 Palestinians celebrate in the West Bank city of Ramallah after they beat the Philippines in AFC Challenge Cup. (AFP Photo)
by Compiled from Wire Services
Nov 05, 2015 12:00 am
World football governing body FIFA has said that Palestine must play its 2018 World Cup qualifiers against Saudi Arabia and Malaysia at the King Hussein Sport City Stadium in Amman, Jordan.

This decision was taken after "the Palestinian government confirmed that it could no longer guarantee the safety and security around the matches in question," FIFA said in a statement.

A Palestine-Saudi Arabia match, which was originally scheduled for Thursday, will now be played on Nov. 9 in Amman.

The Palestine-Malaysia qualifier will still be played, as planned, on Nov. 12 in Amman as well.


FIFA decided on Wednesday that Palestine's qualifiers needed to be played on neutral ground due to security and safety concerns in the Palestinian territories arising from recently escalated violence between Israeli police forces and Palestinian civilians.

A home match against Saudi Arabia, originally scheduled for last month and then Thursday in Ramallah, was also postponed a second time after the Saudi association had refused to play in Ramallah, seeming to want to avoid going through Israeli security checks.

Previously, Palestine Football Union (PFU) in September had accused FIFA of bowing to pressure from Saudi Arabia after the world football governing body's decision to move the match to a neutral venue.

FIFA later reversed its decision. It said Palestine would be allowed to host the qualifier on home territory as the Palestinian football authorities had "given full security guarantees for the rescheduled match."