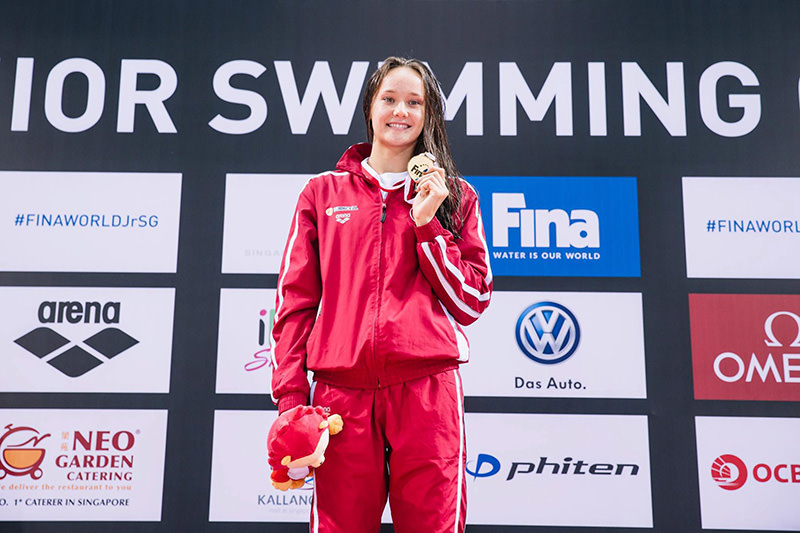 by Daily Sabah with Agencies
Nov 08, 2015 12:00 am
Viktoria Zeynep Güneş, who represented Turkey in the 2015 International Swimming Federation (FINA) World Championship, finished first in the 200 meter breaststroke category in the eighth and final stage held in Dubai on Saturday and brought the first gold medal from this championship to Turkey in women's swimming.

Ahmet Bozdoğan, chairman of the Swimming Federation of Turkey, told an Anadolu Agency reporter that the competition was important as it acted as a rehearsal for the 2016 Rio Summer Olympics.