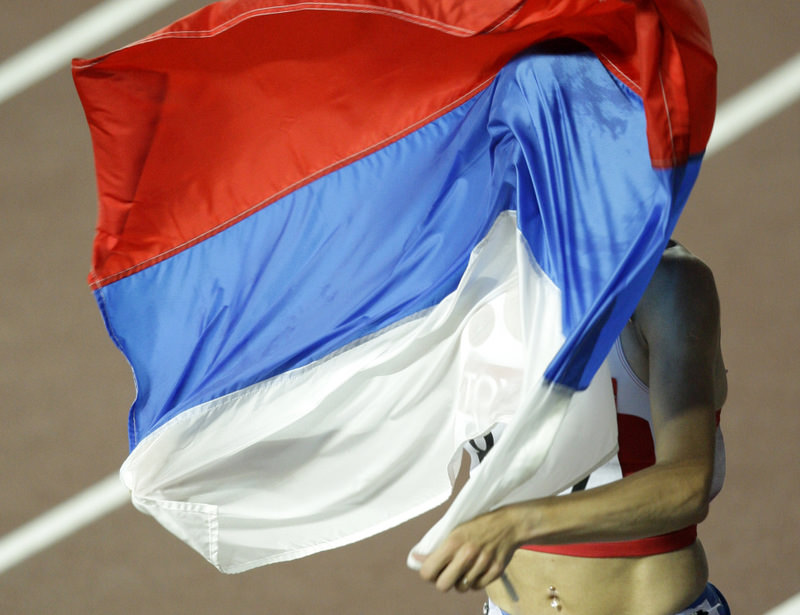 by reuters
Nov 10, 2015 12:00 am
An international anti-doping commission recommended Monday that the Russian Athletics Federation be banned from the sport over widespread doping offences - a move that could see the powerhouse Russian team banished from Olympic competition.

An independent commission set up by the World Anti-Doping Agency (WADA) identified what it called systemic failures in the International Association of Athletics Federations (IAAF) and in Russia "that prevent or diminish the possibility of an effective anti-doping program".

Russia is a traditional powerhouse of athletics and finished second behind the United states in the medal table at the 2012 Olympics, with 17 medals, eight of them gold. In the event, by no means certain, that IAAF were to adopt the commission's recommendation, Russia could be excluded from major competitions including the Olympics and Europan Championships.

The scandal revolves around accusations that money was demanded from top athletes to 'bury' medical tests showing drug use. The scandal could prove as damaging to world athletics as the corruption affair now shaking soccer's world governing body FIFA, where president Sepp Blatter has been suspended and 14 officials and marketing executives indicted on corruption charges.

There has never been any suggestion that FIFA corruption has affected results on the pitch, at the World Cup, for example.

A co-author of the commission report, Richard McLaren, said at the weekend its investigation showed a whole different scale of corruption in causing "significant changes to actual results and final standings of international athletics competitions."

If proved, the suppression of drug test results in return for bribes would also make a mockery of the huge investment in technical measures to detect drug use and ensure fairness. The reach of corruption in global sport could in part be explained by a huge influx of sponsorship in recent decades into bodies lacking effective governance and supervisory procedures. The International Olympic Committee was hit by a graft scandal 15 years ago, while cricket and cycling have also been tainted. French authorities last week placed former IAAF president Lamine Diack under formal investigation on suspicion of corruption and money laundering. The 82-year-old Senegalese is alleged to have received over one million euros ($1.09 million) in bribes in 2011 to cover up positive doping tests by Russian athletes, the office of France's financial prosecutor said.