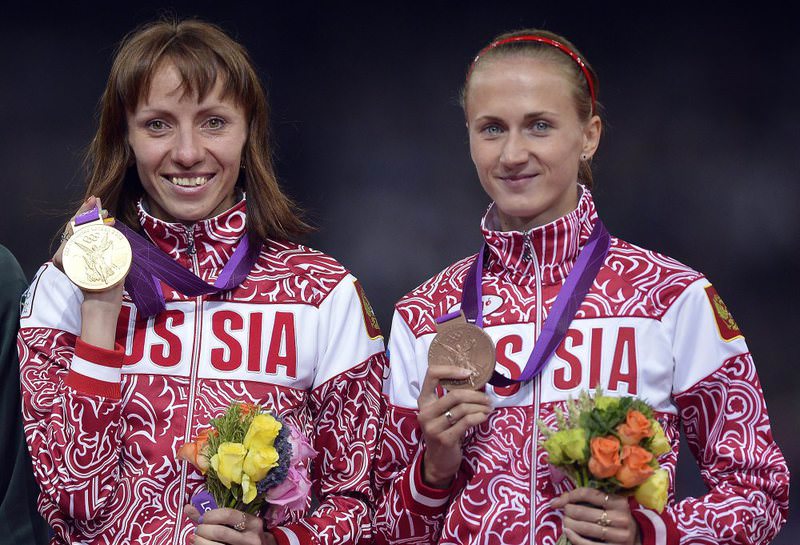 by Associated Press
Nov 11, 2015 12:00 am
From reading Russia's major newspapers yesterday, it would be hard to know the country is facing a vast doping scandal. Most of the country's major dailies followed the government's lead in playing down the accusations from the World Anti-Doping Agency commission, which Monday accused Russia of operating a state-sponsored doping program in track and field.

The scandal was typically confined to a small item in the sports pages, with only two business papers and the sports dailies giving it front-page space.

"Are they taking Rio away from us?!" read the headline on the front page of Sport Express, referring to calls to ban Russia's track and field team from next year's Olympics.

Russia has for years reveled in its re-emergence as a sports superpower, the pinnacle coming when it topped the medal tally at its home Winter Olympics in Sochi last year. Now that prestige is again in jeopardy, with the country's internal intelligence service, the FSB, accused of running surveillance on the Olympic doping lab. Worse, it comes at a time when the country is already under pressure over its hosting of the 2018 soccer World Cup amid the scandals rocking FIFA.

The reaction among Russian officials to Monday's track and field revelations was disjointed, with sentiments ranging from denial to suggestions of a Western political conspiracy.

Sports Minister Vitaly Mutko, whose ministry is implicated in the report, even threatened to withdraw all government financial support for anti-doping work in protest at the report's accusations.

Mutko remained defiant on state television, arguing that the report presented "no serious objective evidence" of state involvement in doping and that its focus on Russia was unfair.

"Doping is not the problem of Russia. Russia shouldn't be singled out. It's a world problem," he said.

The office of Russian President Vladimir Putin, who is usually happy to pose with Russia's sports champions, declined to become involved.

"I have nothing to add to the refutations already made," Putin's personal spokesman Dmitry Peskov told reporters during a Monday evening conference call. Accusations of FSB infiltration of anti-doping work are "not part of the Kremlin agenda," he added.

Meanwhile, the head of Russia's medical agency, Vladimir Uiba, told Interfax he believed the report to be "politically motivated" and linked to international sanctions against Russia.

The Russian athletics federation denies the main charges in the report. Acting president Vadim Zelichenok told The Associated Press on Monday that calls to ban Russia's track and field team from next year's Olympics are not "objective" because the federation leadership changed earlier this year, meaning some of the key figures identified in the WADA report are no longer employed.

The WADA commission recommended a lifetime ban for several athletes, including reigning Olympic 800-meter champion Maria Savinova, who was filmed discussing doping methods. That follows a string of positive tests and doping bans that have caught dozens of Russian athletes, including five Olympic track and field gold medalists in the last two years.