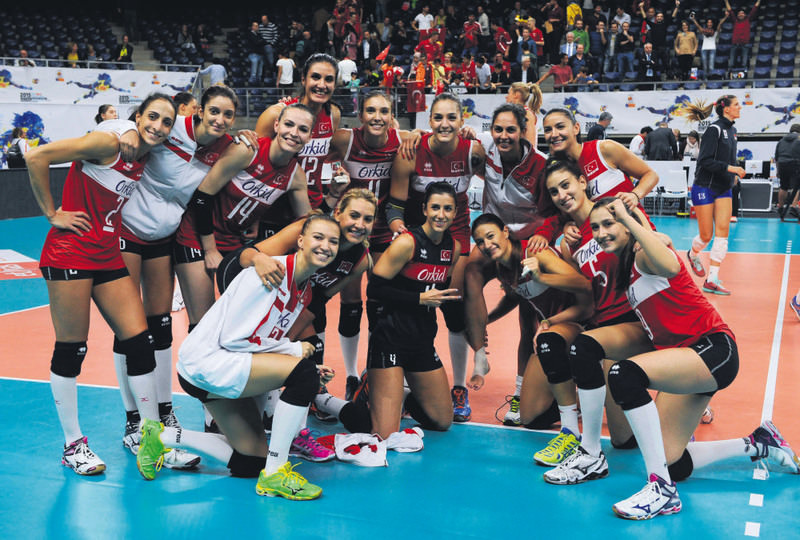 by daily sabah Jan 04, 2016 12:00 am
Turkey's national women's volleyball team will go through a tough test to qualify for the Olympic Games once the European Olympic Qualification Tournament begins in Ankara on Monday. The tournament will go on for six days and eight teams will battle it out for a spot at the Olympics. "The Sultans of the Net" will face the Netherlands, Croatia and Germany in Group A. In Group B, Poland, Russia, Italy and Belgium will play. After four days of the group stage, the semi-finals and final will be played and the winning team will go to Rio 2016. The teams that come second and third will get a chance to qualify in the World Qualifications that will be played in Japan between May 14 and June 5.

As hosts, Brazil were the first country to qualify for the Olympics. FIVB Volleyball Women's World Cup Japan 2015 winners China and runners-up Serbia will join the five winners of each Continental Olympic Qualification Tournament.