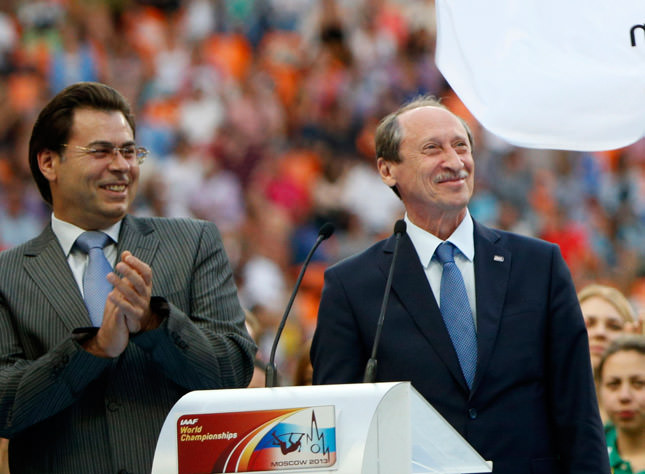 by German Press Agency - DPA Jan 07, 2016 12:00 am
The son of former IAAF president Lamine Diack, Papa Massata Diack, has been banned for life along with Russians Valentin Balakhnichev and Alexei Menikov by the ethics committee of the ruling athletics body over the alleged cover-up of positive doping tests.

In addition, former IAAF anti-doping commission director Gabriel Dolle was banned for five years in the ruling published on Thursday.

Papa Massata Diack is a former IAAF marketing consultant and along with his father and Dolle subject of a criminal investigation by French authorities on corruption around the doping tests.

Balakhnichev is a former Russian athletics federation chief and IAAF treasurer while Melnikov is a former race-walking and distance running coach for the Russian team.

"Any lesser sanction would not meet the gravity of their offences," the report said in explanation of the life bans.

The bans came in the wake of allegations made by Russian marathon runner Liliya Shobukhova, first made public in a German television documentary in December 2014, that she paid hundreds of thousands of dollars to avoid a doping ban before the 2012 London Olympics.

Russian athletics must undergo major changes to be reinstated and see its athletes compete at the Rio de Janeiro Olympics in August.