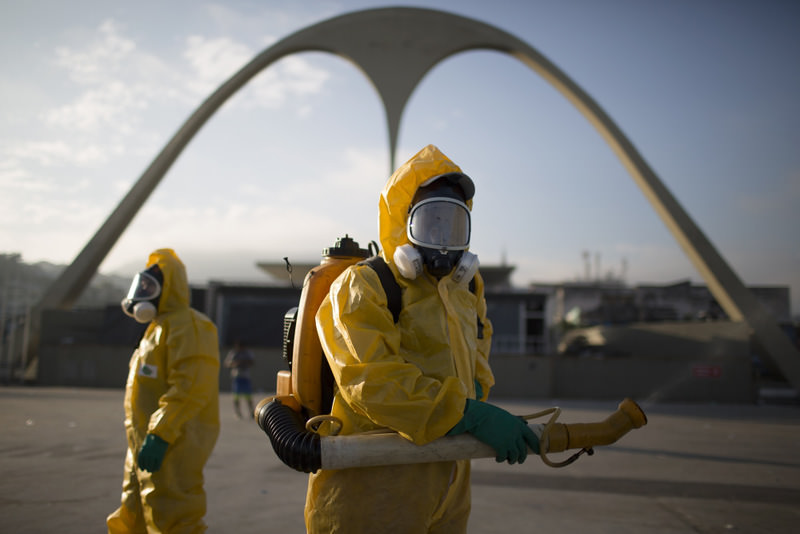 by Associated Press
Feb 06, 2016 12:00 am
Brazilian organizers have reiterated they have no intention of canceling the Rio de Janeiro Olympics because of the outbreak of the Zika virus, with Sports Minister George Hilton saying the topic "is not in discussion." Hilton issued a statement Friday saying he "lamented material and opinions in the press" speculating that South America's first Olympics might be called off.

"The Brazilian government is fully committed to ensure that the 2016 Rio games take place in an atmosphere of security and tranquility," Hilton wrote. Brazil is the epicenter of an outbreak of the mosquito-borne Zika virus, which the World Health Organization has called "an extraordinary event and public health threat." Health officials are investigating whether there is a link between Zika infections in pregnant women and a rare birth defect.

International Olympic Committee President Thomas Bach earlier this week said he was "very confident" the games would take place. And Rio organizers have repeatedly said there is no talk of calling off the games. Hilton said the WHO had not banned travel because of Zika, though pregnant women have been advised not to travel to Zika areas. Hilton also noted the cooler, drier Brazilian weather in the South American winter when the games open Aug. 5 will drive down the mosquito count.

The Zika virus adds to other problems with South America's first Olympics, including severe water pollution in Rio's sailing and rowing venues, and deep cuts of almost 30 percent to keep a $2 billion operating budget in balance. Only about half of the domestic tickets for the game have been sold, and organizers fear the Zika outbreak could scare off foreign tourists.

"The 2016 Rio games will take place with full attention to the health of the participants," Hilton said.

Away from the games, Brazil is experiencing its deepest recession since the 1930s. Inflation is just over 10 percent, the Brazilian currency has lost 30 percent of its value in the last year against the dollar, and President Dilma Rousseff is fighting impeachment charges.