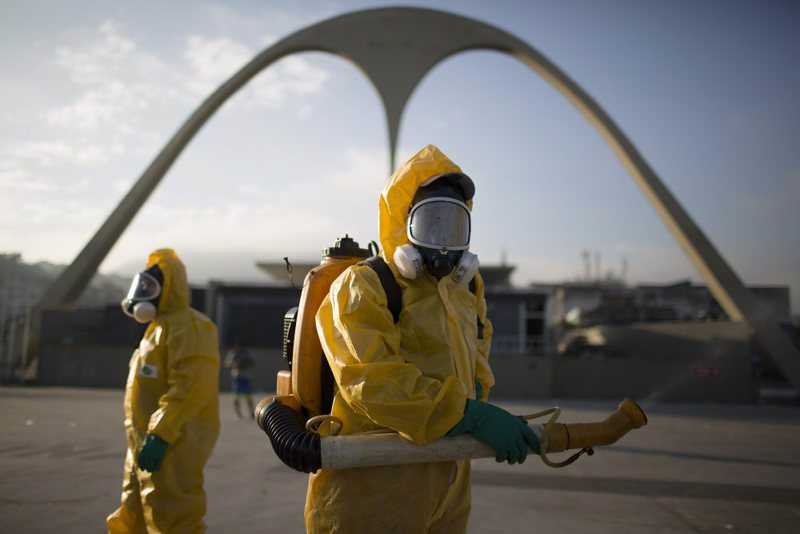 Kenya caused a stir on Tuesday when the head of its Olympics committee said the team might withdraw from the Rio Games because of Zika, but officials said later it was too soon to decide on the impact of the virus.

The mosquito-borne virus, which is widespread in Brazil and has been linked to birth defects, has prompted concern among athletes and sports officials around the world as they prepare for the Aug. 5-21 Games in Rio de Janeiro.

There is no vaccine or treatment for Zika, so combating the outbreak is focused on eradicating mosquito populations and preventing mosquito bites.

National Olympic Committee of Kenya (NOCK) head Kipchoge Keino said the country would not "risk taking Kenyans there if this Zika virus reaches epidemic levels", and that he was seeking reassurance from organizers.

But NOCK played down the comments, saying the East African country was monitoring the potential health threats and receiving regular updates.

"It is too early to make a determination on the status of the virus during the Games time which is six months away," said NOCK's chief of mission for Rio, Stephen Soi.

NOCK said Keino "may have been quoted out of context".

Kenyan Sports Minister Hassan Wario said the country had not yet decided whether to take part after meeting with health officials, according to the Daily Nation newspaper.

Kenyan athletes include some of the best middle and long-distance runners in the world and would likely be among the star performers in Rio.

Zika has spread through most of the Americas, with Brazil the most affected country. The World Health Organization declared an international health emergency on Feb. 1 over the virus, citing concern over a possible link with a rise in cases of microcephaly, a birth defect characterized by an abnormally small head that can result in developmental problems. However, a causal link has not been proved.

Sports authorities are watching developments closely. In many countries the approach appears to be keeping informed and understanding that the decision to go to Rio will come down to individual athletes. Still, the suggestion that athletes might choose to skip the Games is a worry for Olympic organizers.

The Rio 2016 organizing committee's press office declined to comment on the concerns in Kenya, but said it stood by previous comments. The committee does not believe the potential situation will be sufficiently problematic for athletes to want to avoid competition.

The United States Olympic Committee told U.S. sports federations in late January that athletes and staff concerned for their health should consider not going to the Games. The message was delivered in a conference call involving USOC officials and leaders of U.S. sport federations, according to two people who participated in the call.

Australia's Olympic Committee has said no athletes have indicated they intend to withdraw, but it would "totally understand" if they did. Similarly, New Zealand and Thailand have warned athletes and officials of the risks and said they would respect anyone who opts out of attending.

British Olympic Association Chairman Lord Sebastian Coe said none of the country's athletes was reluctant to go. But British rower Andrew Triggs Hodge said his wife Eeke would not accompany him because of the "very real and frightening threat" posed by Zika.

The disease, which produces no symptoms in most people who are infected and relatively mild illness in those who do show symptoms, is mostly viewed as a threat to pregnant women or women who might get pregnant, because of the possible link to birth defects. While it is predominantly transmitted by mosquito, researchers are studying the possibility of infection through blood and sexual contact.

German sports officials have sent a brochure to teams, coaches and medical staff containing information on the virus and basic precautionary measures. A specialist on infections is due to brief the German team's medical staff in April.

Olympic Sports Confederation spokesman Michael Schirp said: "The brochure we sent ends fittingly with the phrase that there is no need for panic."