Cavendish rides to victory in Tour of Qatar 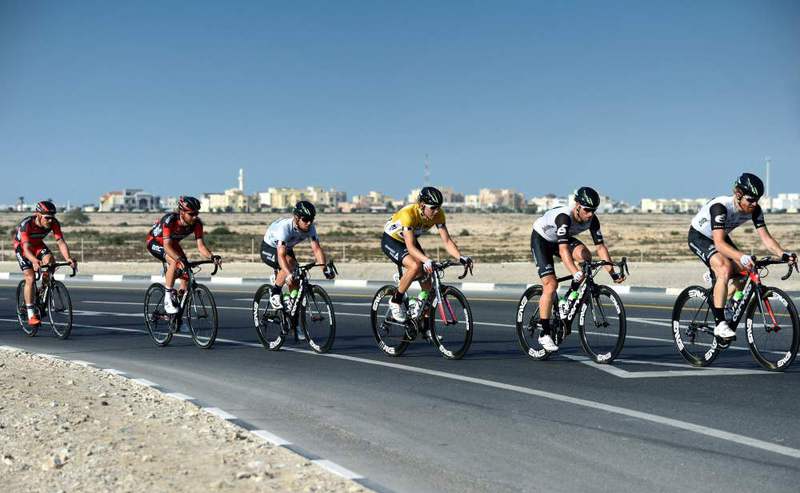 Briton Mark Cavendish won the Tour of Qatar for a second time on Friday, as Alexander Kristoff sprinted to victory on the fifth and final stage.

Norwegian Kristoff held off Team Dimension Data man Cavendish to take his third stage win of the tour and the points classification, matching his efforts in the race from 2015.

But 30-year-old Cavendish held off Belgian Roy Jans and Belarussian Yauheni Hutarovich to finish second on the day, with the bonus seconds collected giving him the overall winner's gold jersey by five seconds from Kristoff. 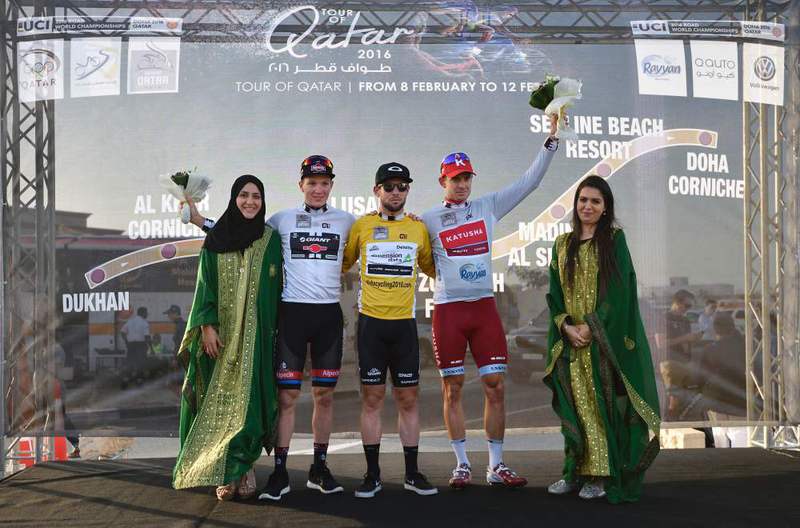 It was Cavendish's second title after 2013 when riding for Omega Pharma-Quick Step.

The triumph signals a return to form for the Manxman with his new team, after a stop-start year last season led to him joining the South African outfit.

Belgian Greg van Avermaet went into the 114 kilometer race to Doha just two seconds behind Cavendish, but the BMC rider ended up in 18th place to finish eight seconds adrift in third overall.

"We were really motivated for today and I have won this stage before a couple of times. The wind was always going to make it difficult today, it was a block head wind and we thought it was going to be cross. Actually it was more a cross head wind so you were never really comfortable. We knew we were going to have to take control and the team were really motivated after yesterday. Obviously we were in control at the beginning of yesterday but then with the puncture of Edvald it really put the team in a difficult situation. It also made it harder for us to take the overall today so we really had to be on top of our game to make sure we finished on the top step of the podium. The lads did it perfectly on the final laps when it was hectic, keeping me in the front and out of danger, so I was ready for the sprint," Cavendish quoted by website of his Team Dimension Data after his victory, referring to race leader Edvald Boasson Hagen from his team who lost the gold jersey after a puncture in the late stages of the race.

"Obviously it's nice to be wearing gold now, but I know I am only wearing it on behalf of Edvald. He only lost it because of bad luck and not through any other kind of cause. He should be the guy wearing this gold jersey but we are just super happy to keep it in Team Dimension Data. The team made the step up to World Tour this year and we've already won a GC [general classification]," he added.
RELATED TOPICS