Russian athletes at it again with the drugs 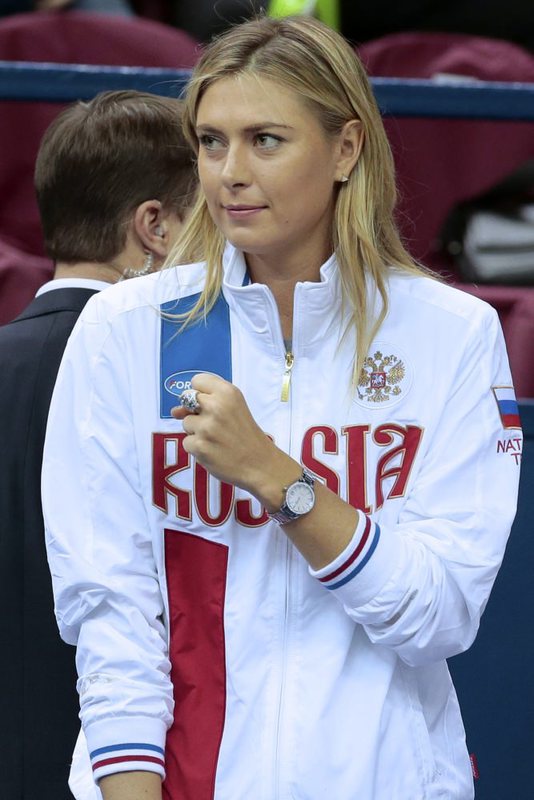 Maria Sharapova is not the only Russian sports star to have fallen foul of meldonium. The medicine, which was produced for Soviet soldiers fighting in Afghanistan, has caught out a number of other top Russian stars

The sporting world was shocked and saddened by Maria Sharapova's "big mistake." However on the other side of the coin this is not the first case in Russian sports, which has been overshadowed by doping scandals for decades. According to Russian media, Sharapova is not the only Russian sports star to have fallen foul of meldonium. The medicine, which was only added to the banned list earlier this year by the World Anti-Doping Agency (WADA), has caught out a number of other top Russian stars.

The former world number one said a change in WADA's banned drugs list for 2016 led to an inadvertent violation, for which she will be "provisionally suspended" by the International Tennis Federation.

The multiple dope test failures led Dmitry Svishchev, head of the sports and physical culture committee of the lower house of the Russian parliament, the State Duma, to call an extraordinary meeting of the panel later this week.

"We need to study the facts and documents thoroughly," Svishchev told R-Sport agency.

"Then we will begin to work out a bill aimed at battling doping."

Meldonium - manufactured in Latvia - is used to treat heart trouble, including angina and heart failure. Also, it was used by the Soviet Union to help soldiers combat stress.

Tennis players have also expressed their shock at Maria Sharapova's "big mistake." Agnieszka Radwanska said she was "shocked, like everyone else" when Maria Sharapova revealed that she failed a drug test.

"It was a very sad day for tennis, that's for sure," Radwanska said at BNP Paribas Open at The Indian Wells Tennis Garden. Petra Kvitova and Simona Halep used much the same words while discussing Sharapova's positive test for the drug Meldonium.

Men's star Rafael Nadal termed it "terrible for the world of sport in general and for our sport especially."

Halep said she personally checks the WADA update each year and "always when I take something I turn to the people that are taking care of this, the anti-doping, and everything is sure. If you take something you have to check very carefully before."

Kvitova, a two-time Wimbledon champion, said: "I think it's something which we all should know, what we are taking and what we are putting into the body," and thinks Sharapova made "a huge mistake."

Sharapova's business empire is also in doping turmoil. U.S. sportswear giant Nike, German luxury car maker Porsche and Swiss watchmaker TAG Heuer all halted their relationship with the former world number one. The 28-year-old, whose rags-to-riches story was the stuff of Hollywood dreams, now risks a ban of up to four years, which could see her carefully constructed marketing empire collapse. The holder of five Grand Slams and 35 WTA titles, the Russian who arrived penniless with her family in the United States, is as much a businesswoman as a sportswoman.

Despite winning just two WTA titles in 2015 she was the highest paid sportswoman that year, earning $30 million mostly from advertising, according to American magazine Forbes. Her fortune is estimated at $200 million.

Maria Sharapova's lawyer is confident he can secure a lenient punishment for the Russian superstar who stunned international sport with her drug test failure confession.

Her lawyer John J. Haggerty believes Sharapova can plead a number of mitigating circumstances after admitting taking the substance since 2006 but then being unaware that it was placed on the banned list only in January this year.

"Maria and I are looking at all of her options," Haggerty told the Daily Telegraph. One option is for her legal team to claim a Therapeutic Use Exemption (TUE).

Meanwhile, some 490 athletes, including 13 medalists, may have taken meldonium at last year's European Games in Baku, according to research published in the British Journal of Sports Medicine. Meldonium was placed on the World Anti-Doping Agency's list of banned substances on January 1, with the research, carried out on behalf of the European Olympic Committees, contributing to the global watchdog's decision.