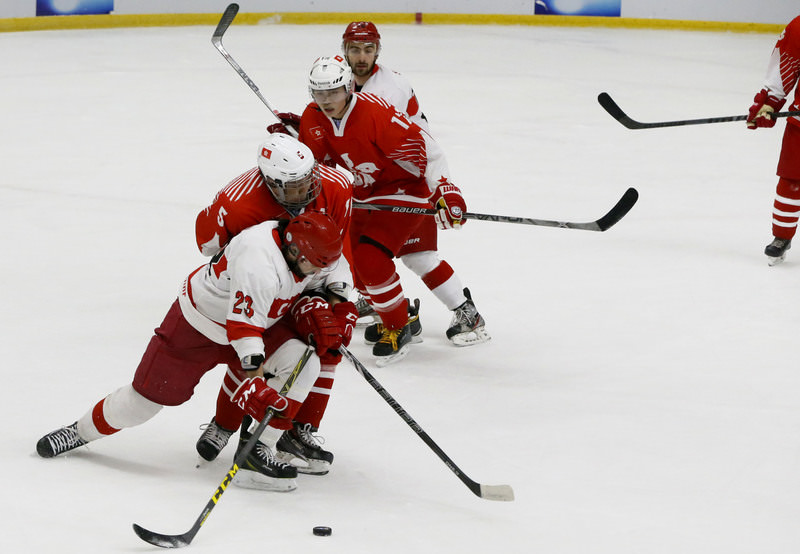 | AA Photo
by Daily Sabah Apr 06, 2016 12:00 am
Turkey, the host of men's Ice Hockey Division 3 World Championship, has won the gold medal at the 2016 IIHF championship on Wednesday in Istanbul after defeating South Africa 7-2.

The final game took place at Silivrikapı Ice Sports Hall, situated near Istanbul's ancient city walls. The Turkish team built an early advantage at the first period of the game with Semiz, Özmen and Koçoğlu's shots, leading 3-1 against South Africa. The host team preserved its good performance during the second period, entering the last 15 minutes with a 5-1 lead.

After Özmen and Gümüş's shots towards the last minutes, the Turkish team defeated South Africa 7-2 to pick up its first gold medal.

Speaking after the game, head of Turkey's Ice Hockey Federation Bülent Akay said the team had put great efforts over the past year to claim today's victory and the players will show the performance at the division 2B in 2017.

Turkey is now promoted to the next level and set to compete at the IIHF World Championship Division 2B next year with the top 40 countries. Last year, the country lost the top title to North Korea with a score of 4-3.
Last Update: Apr 07, 2016 12:22 am
RELATED TOPICS