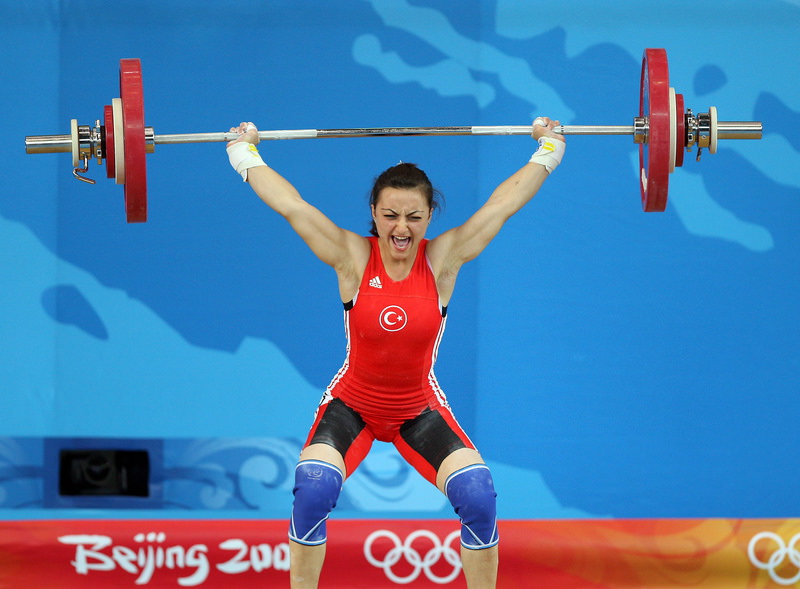 Turkey's Sibel Özkan won the first gold medal on the opening day of the European Weightlifting Championships on Sunday.

Özkan won the women's lightest category, 48kg, for the second year in succession. The first men's event, the 56kg, , was won by the Italian favourite, Mirco Scarantino, who had been a bronze medallist last year.

"Now I am targeting the Olympics," said Özkan, 28, who was a silver medallist at the Beijing 2008 Games. "I will be training especially hard for Rio."

As a girl, Özkan started in judo, and when she was 12 she tried weightlifting. "My coach told me I was so strong I should stay with it," she said. She was inspired by the two great heroes of Turkish weightlifting, multiple champions Naim Süleymanoğlu and Halil Mutlu.

Scarantino's total of 264kg was the same as the Spanish silver medallist Josue Brachi Garcia, but the Italian weighed in lighter and won on body weight. Ilie-Constantin Ciotoiu, of Romania, was a distant third, 17kg behind.

Another Turkish athlete Nurcan Taylan, who was competing in the same category with Özkan, won the bronze medal in the snatch discipline.

Each lifter competes in the snatch and clean and jerk with the total from each discipline aggregated to decide tthe winner of the overall title. Individual medals are also awarded for each discipline.