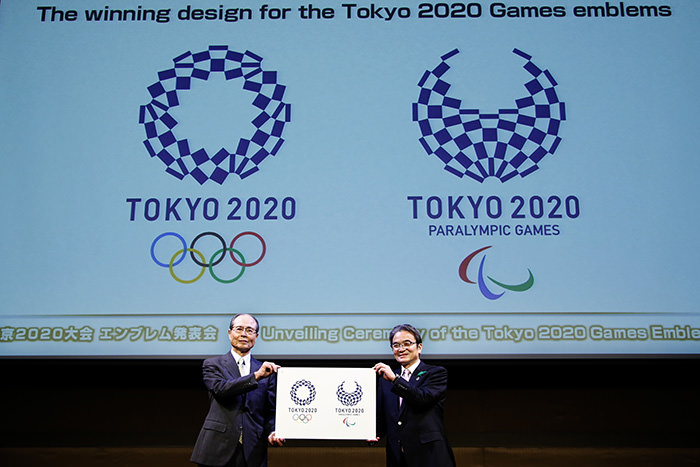 by Apr 25, 2016 12:00 am
Japan's Olympic organizing committee on Monday unveiled the new official emblem of the 2020 Tokyo Olympics and Paralympics, eight months after the initial choice was scrapped over allegations of plagiarism.

The new logo entitled Harmonized Chequered Emblem, a navy-colored check design with its roots in feudal Japan's Edo period, was picked from a shortlist of four sets selected from 14,599 entries.

"I was only told a little while ago so my mind has gone blank," said Asao Tokoro, who designed the new logo.

"I spent a lot of time on the work, so they are like my children," Tokoro said.

In September, the organizing committee decided to withdraw the initial emblem created by Japanese designer Kenjiro Sano, after he was accused of plagiarizing a theatre logo in Belgium.
Last Update: Apr 25, 2016 2:37 pm
RELATED TOPICS