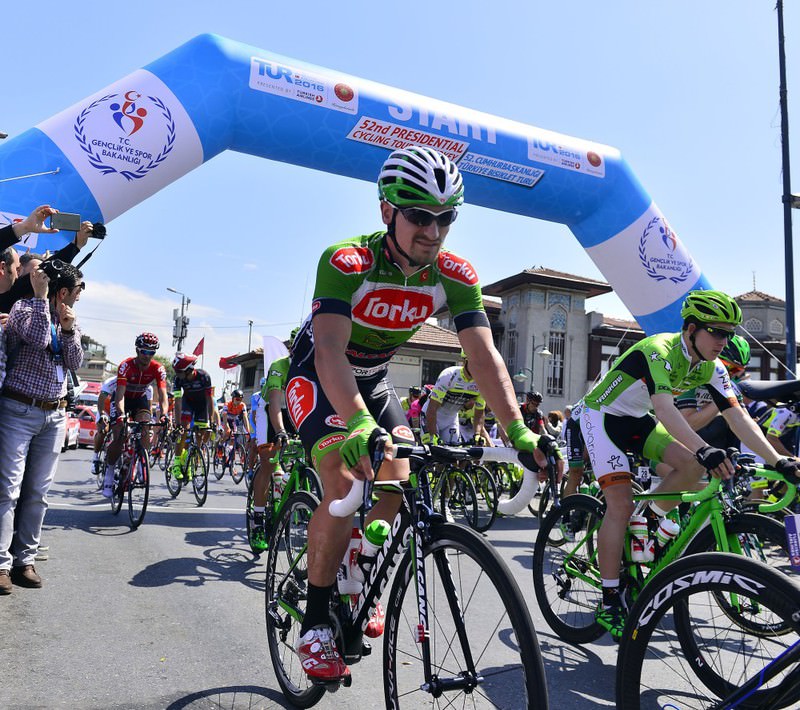 by Daily Sabah Apr 26, 2016 12:00 am
Armenita Bilbao de Lopez from Spain's Caja Rural team won the second stage of the Presidential Cycling Tour of Turkey. De Lopez came first at the end of the Cappadocia-to-Cappadocia stage. Some 115 cyclists from 16 teams competed during the second stage that began in Avanos, Nevşehir.

For its 52nd edition, the tour will unfold in eight stages between April 24 and May 1. Unlike previous years - when the last stage was held in Istanbul - this year the tour started with the Istanbul stage and will end in western İzmir province's Selçuk district on May 1.

By the end of the eight-day race, over 120 cyclists will have ridden over 1,250 kilometers in Turkey's Aegean, Mediterranean, and central Anatolia regions. Two world tour teams, nine professional continent teams and one continent team have so far confirmed their participation. The Turkish Cycling Tour is broadcast live on national and international channels in more than 120 countries.
RELATED TOPICS