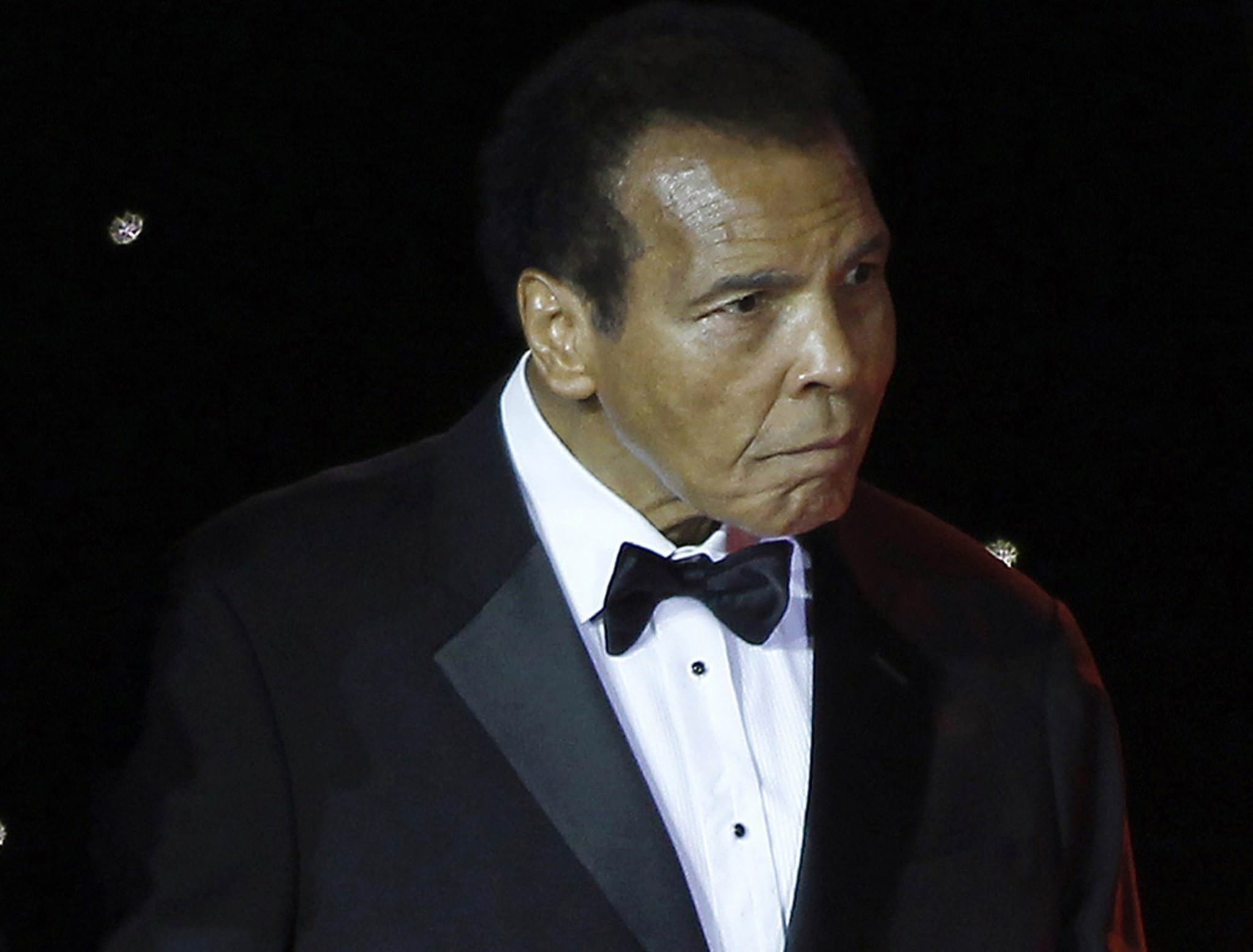 EMuhammed Ali is escorted on stage during The Muhammad Ali Celebrity Fight Night Awards XIX in Phoenix, Arizona in this March 23, 2013 file photo. (Reuters Photo)
by Anadolu Agency
Jun 02, 2016 12:00 am

Boxing legend Muhammad Ali has been hospitalized for an undisclosed respiratory issue, his representative said Thursday.

The former heavyweight champion is in fair condition, according to reports, citing a statement from his representative. Ali is expected to be in the hospital for a "brief" stay, the statement said.

The 74 year-old has been battling Parkinson's disease and has largely remained out of the public spotlight recently.

Additional details on Ali's condition were not immediately available. His representative did not respond to a request for comment.

Ali was hospitalized in late 2014 with an infection but was discharged shortly after being admitted.

He famously joined the Nation of Islam movement in 1964 and earlier this year took issue with presumptive Republican nominee Donald Trump for his proposal to bar Muslims from entering the U.S.

"Speaking as someone who has never been accused of political correctness, I believe that our political leaders should use their position to bring understanding about the religion of Islam and clarify that these misguided murderers have perverted people's views on what Islam really is," he said in a statement.