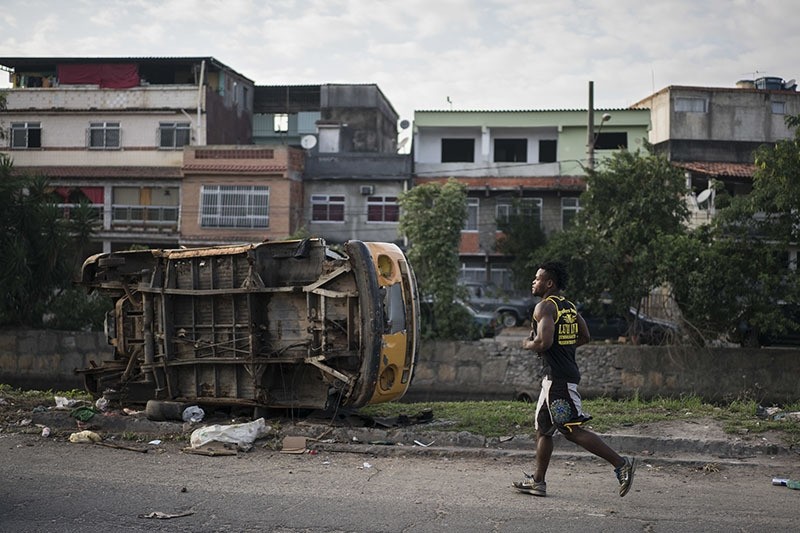 In this May 27, 2016 photo, Popole Misenga, a refugee and judo athlete from the Democratic Republic of Congo, jogs near his home in Rio de Janeiro, Brazil (AP Photo)
by Associated Press Jun 03, 2016 12:00 am

Ten refugee athletes from Africa and the Middle East were selected Friday to compete under the Olympic flag at the Rio de Janeiro Games in what the IOC said represents a "symbol of hope" for migrants and refugees around the world.

The members of the first ever Olympic refugee team include athletes from South Sudan, Syria, Congo and Ethiopia who will compete in track and field, swimming and judo.

The team of six men and four women will march together behind the Olympic flag in the opening ceremony in Rio's Maracana stadium on Aug. 5.

"We're convinced this refugee Olympic team can send a symbol of hope to all refugees in the world," IOC President Thomas Bach said at the close of a three-day IOC executive board meeting in Lausanne. "It is also a signal to the international community that refugees are our fellow human beings and are an enrichment to society."

The team, selected from an initial pool of 43 candidates, will be overseen by Kenya's Tegla Loroupe, the former women's marathon world record-holder. Five coaches and five other team officials were also named by the IOC.

Officially called the Refugee Olympic Team (ROT), the athletes will walk into the opening ceremony just ahead of the huge team from Brazil, the host nation that marches last in the parade of athletes from more than 200 countries.

"These refugees have no home, no team, no flag, no national anthem," Bach said. "We will offer them a home in the Olympic Village together with all the athletes of the world. ... These refugee athletes will show the world that despite the unimaginable tragedies that they have faced, anyone can contribute to society through their talent, skills and strength of the human spirit."

The plan was first announced by the IOC at the United Nations last October amid the influx of migrants and refugees from armed conflicts in Syria, Africa, South Asia and other regions.

"Having had their sporting careers interrupted, these high-level refugee athletes will finally have the chance to pursue their dreams," UN High Commissioner for Refugees Filippo Grandi said. "Their participation in the Olympics is a tribute to the courage and perseverance of all refugees in overcoming adversity and building a better future for themselves and their families."

The South Sudanese runners had been staying at the sprawling Kakuma refugee camp in northwestern Kenya when they were selected as potential Olympic athletes. They were then taken to a training camp near Nairobi run by Loroupe.

Mardini, the teenage Syrian swimmer, has generated heavy media attention. She and her sister, Sarah, were on a flimsy inflatable boat with other refugees making the perilous trip from Turkey to Greece when the dinghy started taking on water. While most of the refugees couldn't swim, the Mardini sisters jumped into the water and helped guide the boat to the Greek island of Lesbos. 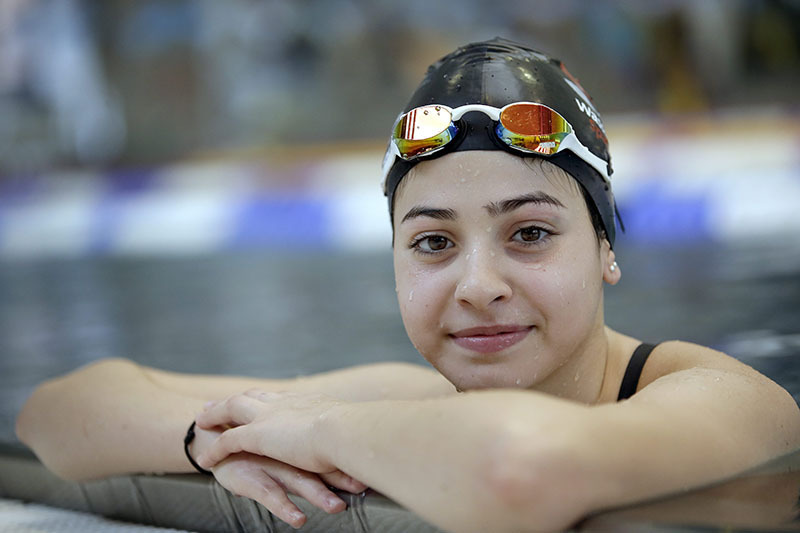 The sisters eventually made it to Germany, where they began training at a swimming pool in Berlin near their refugee center.

The 18-year-old Mardini said she was at home when the news arrived.

"I can't describe how happy I am," she told The Associated Press by phone from Berlin shortly after the announcement. "I almost cried."

Mardini said she's trying to stay realistic about her medal chances in Rio, and aiming for a personal best.

Also Friday, the IOC nominated eight new members — including a South Africa film producer, Colombia's former ambassador to the U.S. and the female founder of an Indian charitable foundation.

Formal ratification of the four men and four women will come at the full IOC session in Rio de Janeiro in August on the eve of the games.

The list also has Luis Moreno, president of the Inter-American Development Bank who served as Colombia's ambassador to the U.S. from 1998 to 2005; and Nita Ambani, founder and chair of the India-based Reliance Foundation.

The addition of eight new members would bring the total number of IOC members to 99.

Coe was elected last August, and Infantino in February. While they head two of the world's biggest sports, their federations have been hit by corruption scandals, and Olympic officials said it was too early to bring them onto the IOC.