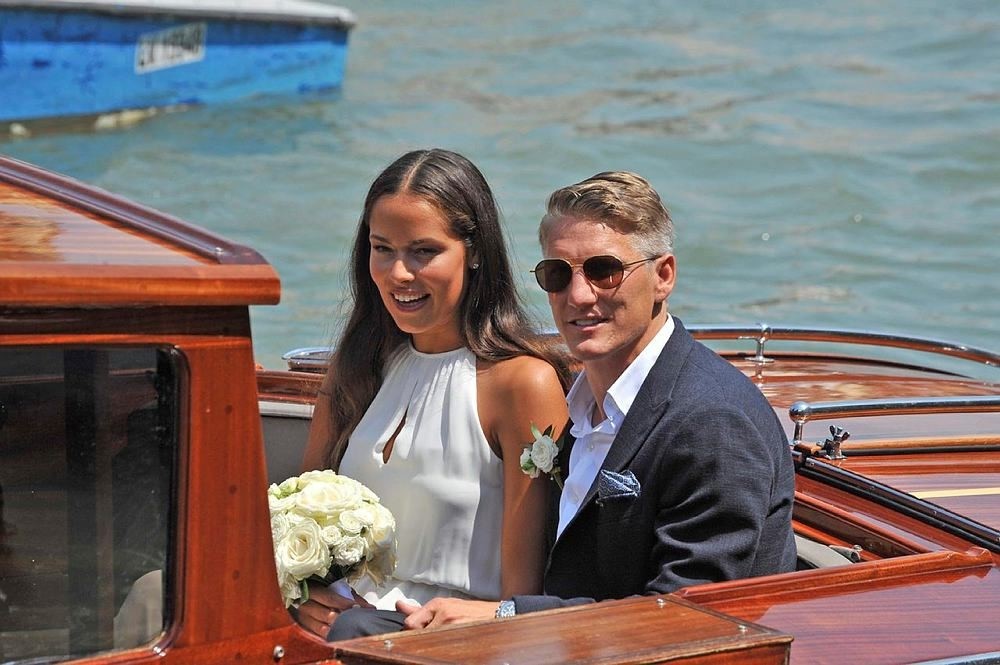 Photos of the couple in Venice, Italy, had stirred talk that they were getting married.

On Wednesday, the 31-year-old Manchester United player posted a picture of himself and his bride with the words "Mr. & Mrs. (heart)" on Twitter.

Ivanovic, 28, a former No. 1, crashed out of Wimbledon in the first round last month.

Schweinsteiger captained Germany's team to the semifinal of the European Championship, where it lost to host France.