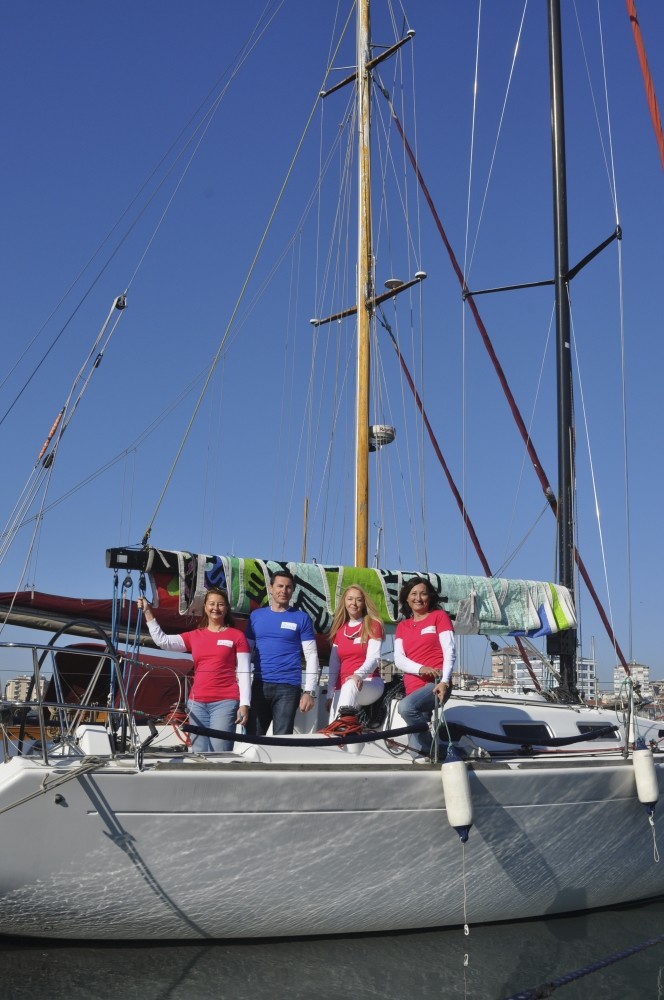 by Zeynep Esra İstanbullu Jul 16, 2016 12:00 am
For the first time in Turkey the Deniz Kızı National Woman's Sailing Cup will take place from July 29 to July 31 on the Istanbul Caddebostan-Princes' Islands route. The thrill of racing and passion will come together as women from every sailing institution in Turkey compete.

The aim of the cup is to increase woman's interest in the sport of sailing and to develop the sport itself and to train new athletes. The woman's sailing cup is planned to become an international tradition in the upcoming years to support woman's sailing and motivate woman to take to the water. The races will start on July 29 and continue for three days with a total of six races taking place. The Deniz Kızı National Woman's Sailing Cup will end on July 31 with the awards ceremony.

The Deniz Kızı National Woman's Sailing Cup aims to reflect women's social responsibility. With this idea in mind, a portion of the revenue from the cup will be donated to a reputable non-governmental organization that works for women.

The first year's income of the cup will be donated to the Mother Child Education Foundation (AÇEV), one of the country's leading foundations known for their work with women and their families. The Deniz Kızı National Woman's Sailing Cup also supports the HeForShe movement, which calls for the defense of gender equality in all members of society and supports women's rights.
RELATED TOPICS