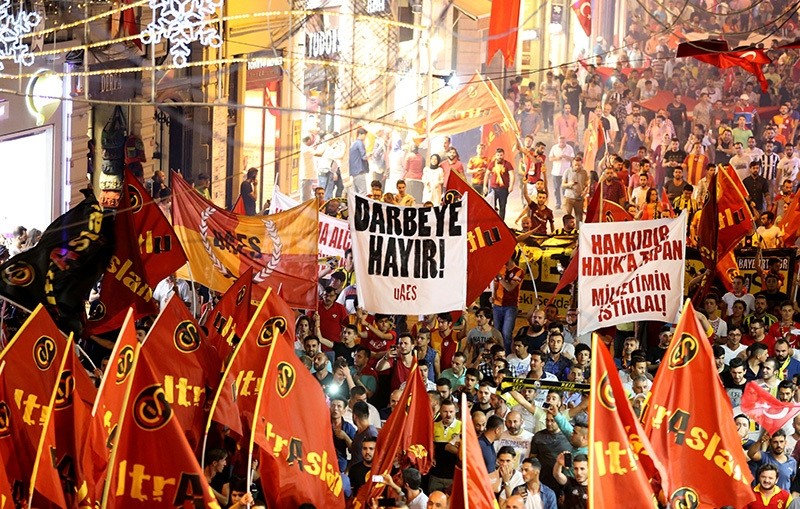 Galatasaray's UltrAslan fan group carry a banner that reads ,No to Coup, during the rally. The banner next to it reads ,For independence is the absolute right of my God-worshipping nation!,, the last verse of Turkey's national anthem. (AA Photo)
by Daily Sabah Jul 24, 2016 12:00 am

Fan groups from throughout Turkey held a joint democracy rally on Saturday to protest the bloody coup attempt staged by the Gülenist Terror Organization on July 15.

Joined by smaller fan groups from all over the country, fan groups crossed the Istiklal Street shouting slogans.

The rally ended at famous Taksim Square, where fan groups joined with anti-coup protesters that have remained at the square since the coup attempt.

At least 246 people, including civilians and security personnel, were killed -- and nearly 2,200 injured -- during the coup attempt.