Did Rio take 'Green Games' too far at the diving pool? 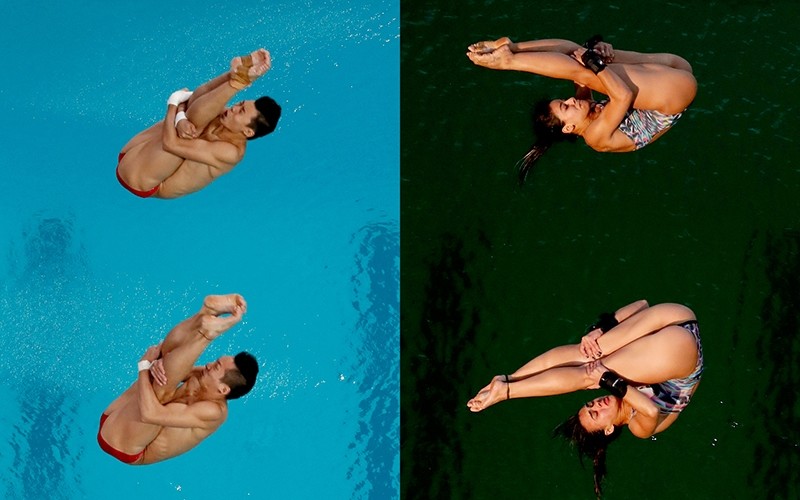 The water at the Maria Lenk Aquatic Center was greener Tuesday during the women's synchronized diving competition 10-meter platform final than one day earlier. (AP Photo)
by Compiled from Wire Services Aug 10, 2016 12:00 am

So what's up with the water at the synchronized diving pool in Rio?

Observers of the Rio Games diving competition were scratching their heads Tuesday over the odd green colour of the pool's water, which prompted a quizzical Tweet from British star Tom Daley.

The diving well at the Maria Lenk Aquatics Center had changed to a light green overnight, contrasting sharply with the normal light-blue of the adjacent water polo pool.

The women's 10m synchronised platform competition got underway with athletes diving into the green murk, as venue staff came up empty when asked the reasons for the transformation.

Daley, who won bronze in the men's version of the same event on Monday, tweeted a photo of the scene, with the difference between the two pools clearly visible.

Staff said comment would be sought from Games officials at the venue.

The water had been a normal colour on the first two days of the competition.