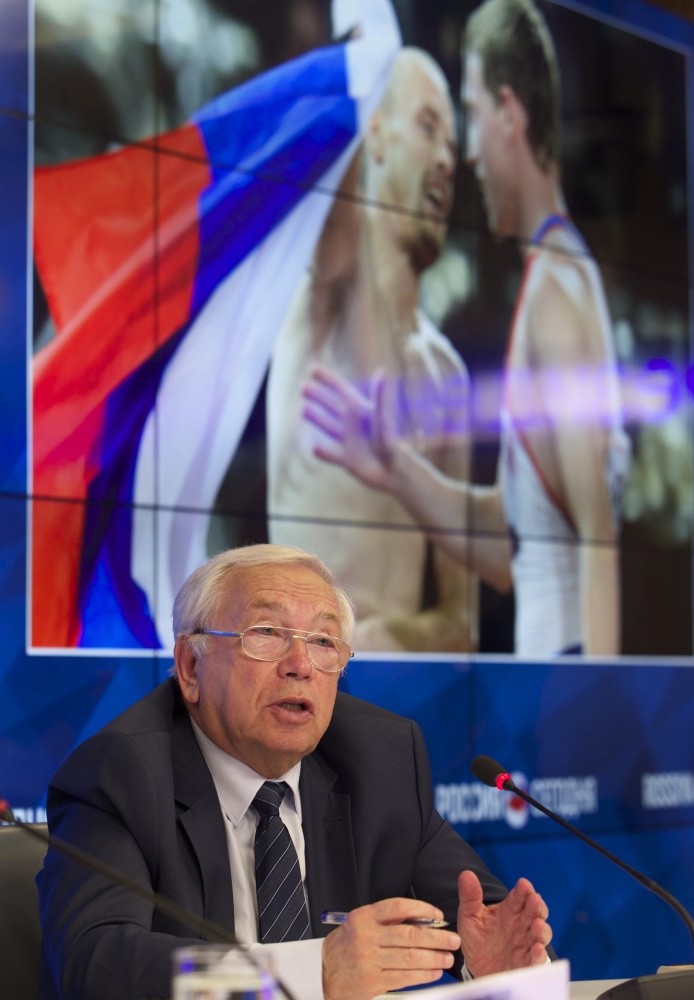 President of the Russian Paralympic Committee Vladimir Lukin listens to a question during a news conference in Moscow, Tuesday.
by reuters Aug 24, 2016 12:00 am
Russia has lost its appeal against its ban from next month's Rio Paralympics because of a state-sponsored doping programme, the Court of Arbitration for Sport (CAS), sports highest tribunal, said Tuesday. The decision to exclude Russia's entire Paralympics team, initially made on Aug. 7 by the International Paralympic Committee (IPC), means at least 250 Russian competitors are set to miss the Sept. 7-18 event. CAS said its panel found the IPC "did not violate any procedural rule in dealing with the disciplinary process" which led to Russia's suspension from the event. It added that the ruling was "proportionate in the circumstances" and that the Russian Paralympic Committee "did not file any evidence contradicting the facts on which the IPC decision was based".

The IPC had gone further than the International Olympic Committee (IOC), which stopped short of a blanket ban on Russia at this month's Rio Olympics, leaving the decision instead in the hands of international sports federations.

The imbroglio centres on a report for the World Anti-Doping Agency (WADA) that found the Russian government and the FSB security service had over years covered up hundreds of doping cases across the majority of Olympic sports, as well as Paralympic events. Russia has said that the IPC's decision is politically motivated and will punish dozens of innocent athletes.
RELATED TOPICS