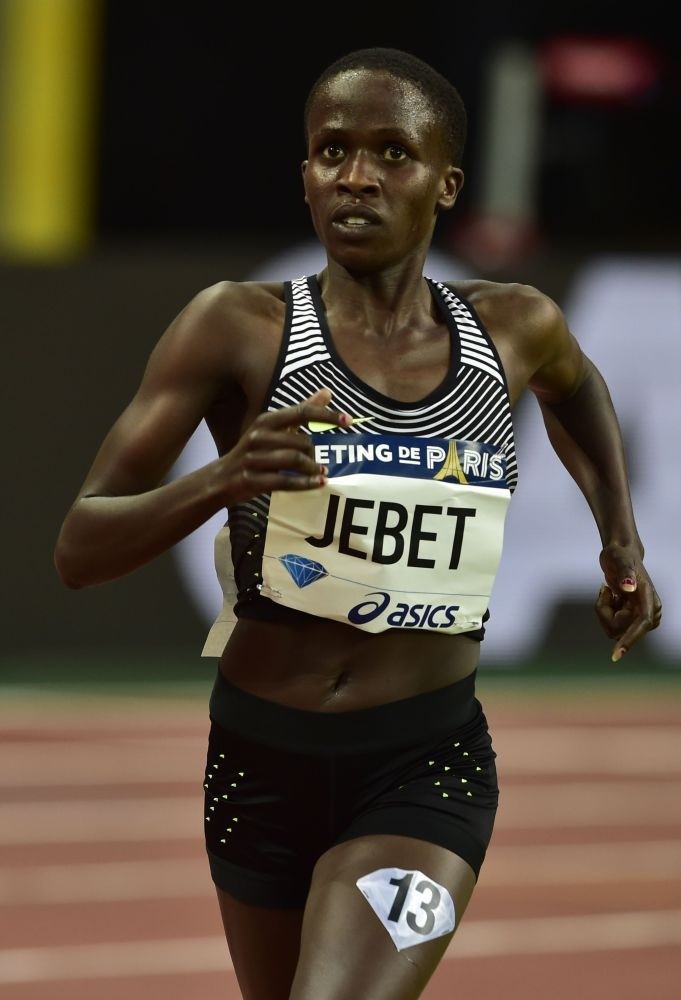 by Associated Press Aug 29, 2016 12:00 am
Olympic champion Ruth Jebet broke the women's 3,000-meter steeplechase world record by six seconds at the Diamond League meeting in Paris. Meanwhile, Kendra Harrison won the 100 hurdles without beating her own record. The 19-year-old Jebet, born in Kenya and running for Bahrain, clocked 8 minutes, 52.78 seconds at Stade de France. The previous record was 8:58.81 by Gulnara Samitova-Galkina of Russia at the 2008 Beijing Games.

"I tried many times to beat the world record," Jebet said. "I was not expecting such a big difference with the record."

Jebet's performance was so dominant that she beat Diamond League rival Hyvin Kiyeng of Kenya by nearly 10 seconds, and Emma Coburn of the U.S. by almost 20. Meanwhile, 19-year-old Kenyan Yomif Kejelcha won the men's 3,000 in 7:28.19, the fastest time this year.
RELATED TOPICS