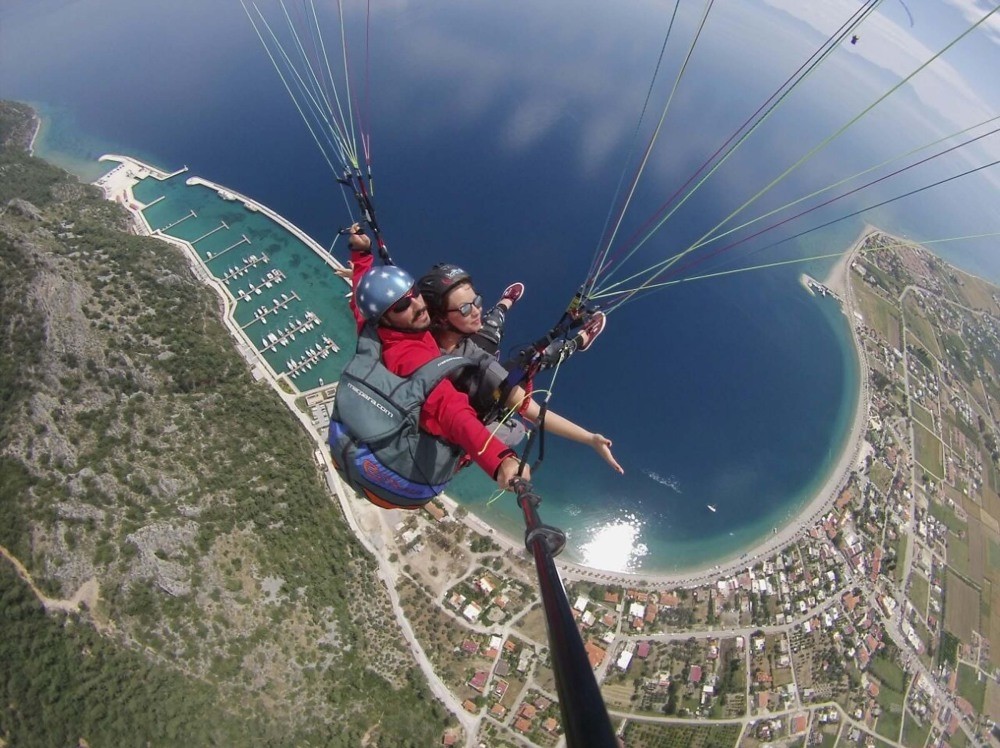 by Oct 01, 2016 12:00 am
Alatepe Spot of Gökova, paragliding center at 700 meters altitude, has hosted 10,000 paragliders in eight months, rivaling famous Babadağ paragliding center in Fethiye, both in the Muğla province of Turkey. Alatepe, overlooking Gökova Cove, is preparing to rival renown parachute center Ölüdeniz Babadağ. Completing the courses directed by the Turkish Aeronoutical Association (THK), Muğla District Directorate worker Cumhur Durmaz has got his paragliding license. Durmaz said, "Alatepe Spot is ideal for paragliding. There were 10,000 persons paragliding in the first eight months of this year. I think Alatepe can rival Babadağ with the support from the authorities. Our goal is to make this center operate for 12 months.

"Paragliding is an extreme sport that enables taking off of cliffs by running, founded in early 1980's. Civil aviation regulations classify paragliding as ultralight aircraft, the lightest of aircrafts. It's mobility enables paragliders to use hills to take off and does not require a landing field. Paragliding is the most widespread and rapidly developing aviation sport. Even though paragliding is seen as a dangerous activity, after education and abiding by the rules the dangers can be set to low levels. In Turkey, paragliders can reach up to 4,000 meters in altitude and can fly distances between 100 to 300 kilometers."
RELATED TOPICS