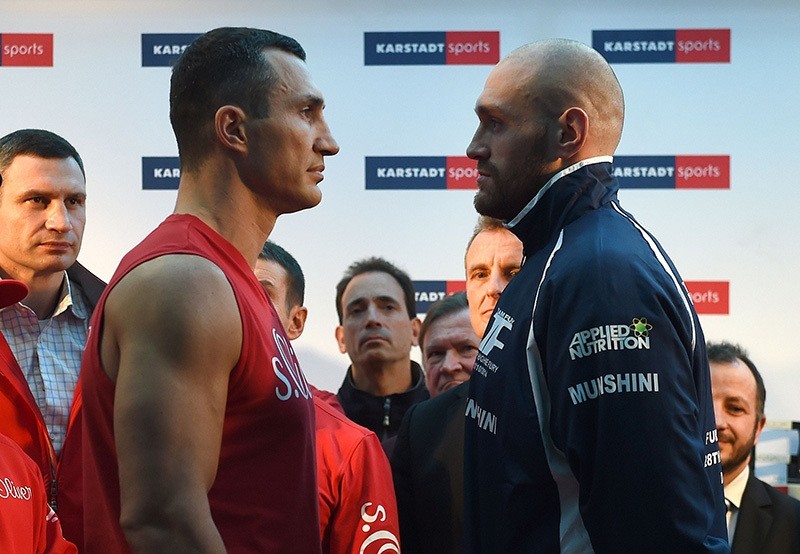 Reuters was unable to immediately verify details of the report.

Representatives of Briton Fury, who last week pulled out of a rematch with Wladimir Klitschko for medical reasons, declined to comment when contacted by Reuters.

ESPN said it had obtained a copy of a letter sent by VADA president Dr. Margaret Goodman to representatives of Fury and Klitschko as well as the British Boxing Board of Control and the United States' Association of Boxing Commissions on Thursday.

"This letter is to advise you that the 'A' sample urine specimen number 4006253 collected from Tyson Fury on September 22, 2016 in Lancaster, England through his participation in the Voluntary Anti-Doping Association (VADA) program has been analysed for anabolic agents, diuretics, beta-2 agonists, stimulants and drugs of abuse," it read.

"The results of the analysis are as follows: Adverse. Urine specimen contains benzoylecgonine.

"Mr. Fury has the right to promptly request analysis of the 'B' sample at his expense."

Benzoylecgonine is the main metabolite of cocaine.

VADA, which provides anti-doping programs for boxing and mixed martial arts, does not release results of tests publicly unless requested to do so by athletes.

The World Boxing Association (WBA) said in a statement it would consider Fury's case before making any decision.

"Regarding the VADA report, they sent a statement in which they inform that the result was positive. Now we are waiting to see if Fury's team will request the opening of the B sample test," Sky Sports quoted the WBA as saying.

Contacted late on Friday, no one was available at the British Boxing Board of Control or World Boxing Organization (WBO) to comment.

Earlier this year, Fury was charged with a doping offence by UK Anti-Doping after a urine sample from February 2015 - nine months before he beat Klitschko to win the WBA and WBO world titles - showed traces of the banned stimulant nandrolone.