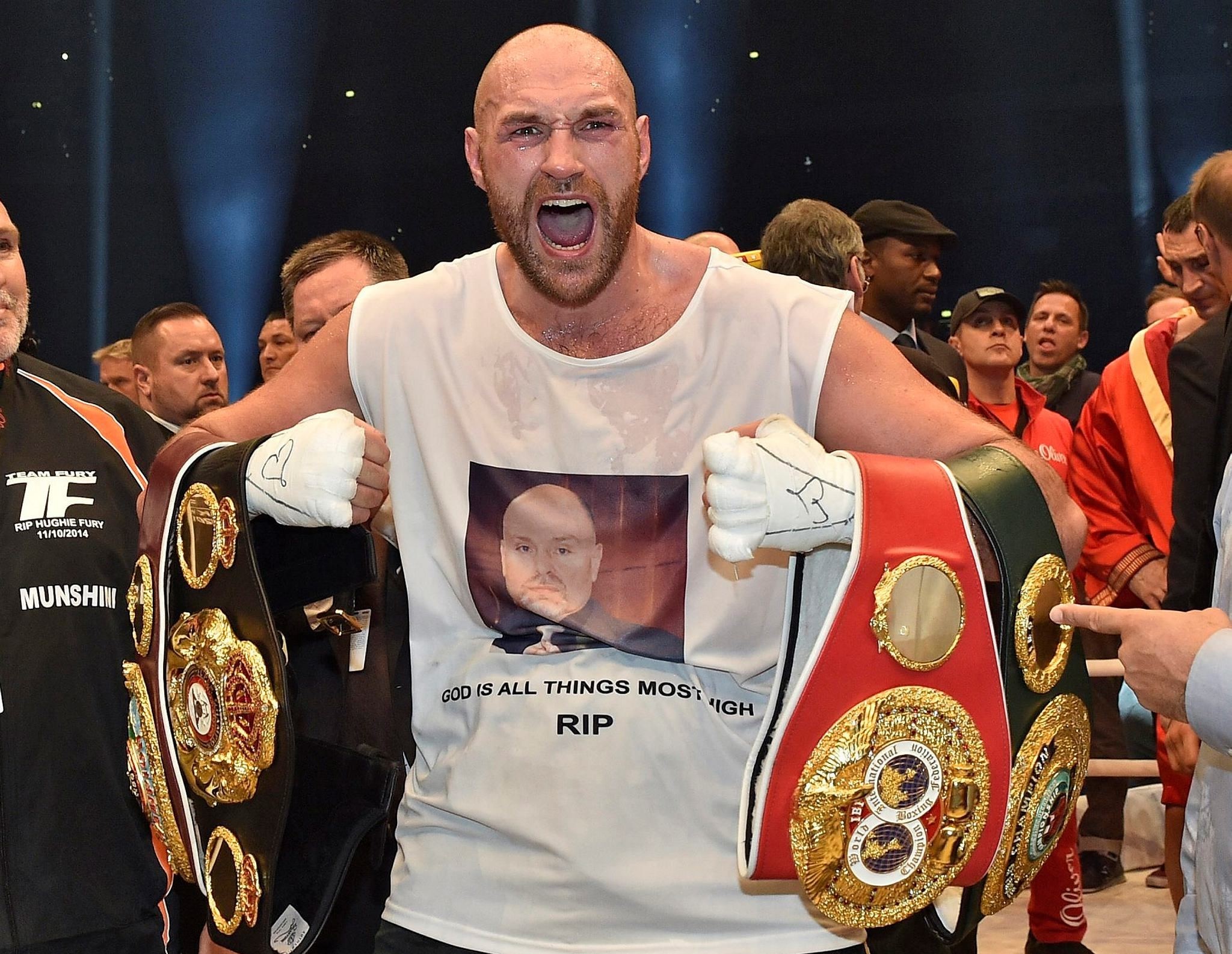 "Hahahaha u think you will get rid of the GYPSYKING that easy!!! I'm here to stay. #TheGreatest just shows u what the Medea (sic) are like. Tut tut," Fury wrote on Twitter.

The outspoken 28-year-old British fighter, dogged by reports he failed a drugs test for cocaine, had earlier declared himself "retired" in a profanity-strewn tweet.

"Boxing is the saddest thing I ever took part in, all a pile of shit," he wrote earlier in the day. "I'm the greatest and I'm also retired..."

The 28-year-old had been scheduled to earn the biggest purse of his career in a rematch with Klitschko at the Manchester Arena after shocking the Ukrainian last November to become world champion.

However, Fury withdrew from that date as his camp claimed he had been "declared mentally unfit to fight".

Cocaine, while an illegal drug, is not banned in boxing if taken out of competition.

He tweeted a picture of Tony Montana, played by Al Pacino in the film Scarface, sitting at a table with a pile of cocaine in front of him.

Fury imposed his own face onto the picture, which he captioned "#Tysonmontana".

Fury, the self-styled 'Gypsy King', also won the IBF belt in his first fight against Klitschko, but had to forfeit it after failing to fulfil a mandatory bout against Vyacheslav Glazkov.

A previously scheduled rematch with Klitschko, set for July 9, was scrapped after Fury sustained an ankle injury.

Following the cancellation of that fight, it emerged that UK Anti-Doping (UKAD) had charged Fury and his cousin, Hughie, with a doping offence. They deny wrongdoing.

The sample, taken nine months prior to Fury's sensational victory over Klitschko, contained traces of the banned substance nandrolone.

Fury was provisionally suspended, but his ban has since been lifted and his legal team have threatened action against UKAD.

He is due to face a hearing in November and could have been stripped of his titles if found guilty.

British promoter Eddie Hearn had recently said Fury would never fight again, prompting his trainer and uncle, Peter Fury, to claim his nephew would be back in action next year.

If Fury sticks to his decision to quit the sport, he will leave unbeaten having won all 25 of his professional contests with 18 stoppages.

His greatest moment, defeating Klitschko in Germany after the Ukrainian was unbeaten for over a decade, also proved his downfall.

Fury has courted almost constant controversy since winning the world title and he angered many with a series of highly sexist, anti-semitic and homophobic comments.