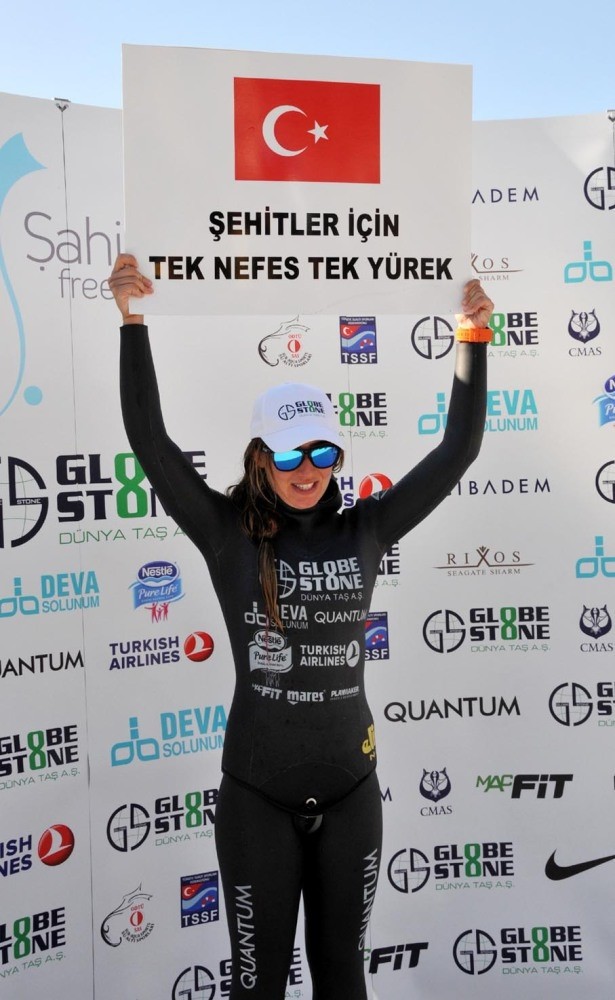 by Anadolu Agency Oct 24, 2016 12:00 am
A world-beating Turkish freediver dedicated her latest record-breaking feat to those martyred in the country's defeated July 15 coup attempt. Şahika Ercümen broke a new world freediving record in the variable weight discipline with flippers category in the sea off Kaş, a coastal town near the Turkish Mediterranean resort of Antalya. Ercümen, 31, dived 110 meters in two minutes, 40 seconds. Following her dive, she unfurled a Turkish flag and banner reading: "One breath, one heart for our martyrs."

"We would like to make a name for our country, not with terror or coups, but with such international successes," she told reporters.

"One breath, one heart," she also wrote on her official Twitter account. Ercümen already holds four world records in free diving as of 2013. At least 241 people were martyred and nearly 2,200 injured in the failed coup which the Turkish government said was organized by followers of Fethullah Gülen, the Gülenist Terror Group (FETÖ) leader who lives in self-imposed exile in Pennsylvania, in the U.S.
RELATED TOPICS