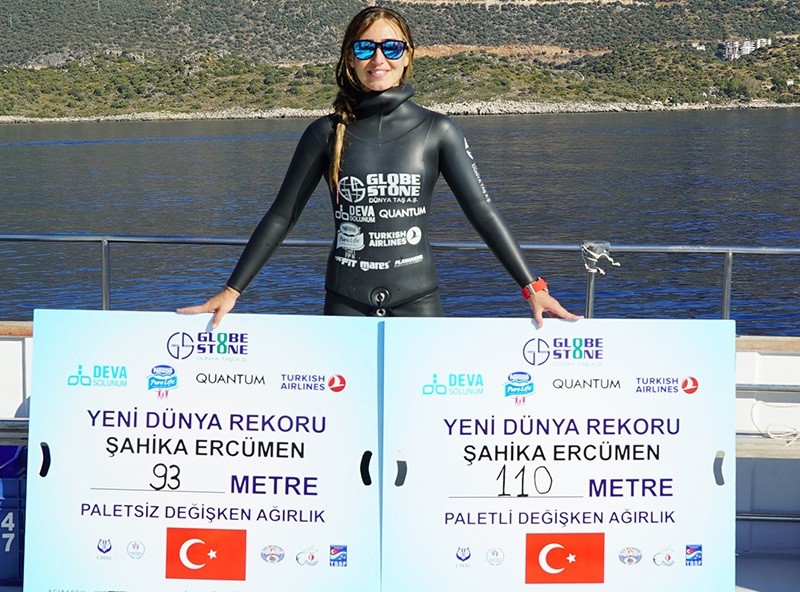 A world-beating Turkish freediver on Tuesday set a new world record in variable weight without fins discipline in the sea off Kaş, a coastal district near the Turkish Mediterranean resort of Antalya.

Şahika Ercümen dived down 93 meters in 2 minutes 40 seconds to mark Turkey's upcoming Republic Day, breaking her own record of 91 meters.

Each year, Turkey marks the Republic Day on October 29, which is the commemoration of the proclamation of the Turkish Republic in 1923.

The official recognition of the Republic took place on October 29, 1923, by Mustafa Kemal Atatürk. On that day, the new name of the nation and its status as a Republic was declared.

After the declaration and a vote in the Grand National Assembly of Turkey, Atatürk was unanimously elected as the first president of the Republic of Turkey.