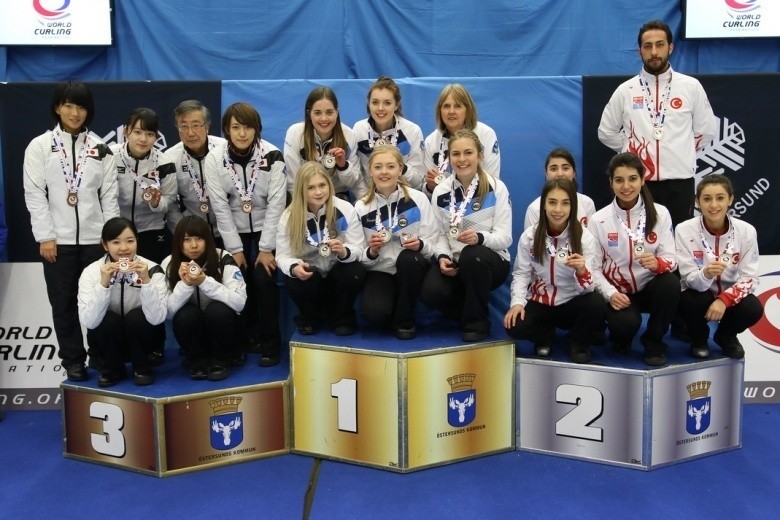 Turkey Curling Federation Chairman Kenan Şebin said, "Our athletes put in some good performances in the competition. The men's and the women's team both have made history and despite our limited preparations we achieved some great success in an international event for the first time." The Scotland women's and Chinese men's team won gold medals at the tournament.

The Japanese women, led by Misaki Tanaka, beat China 6-3 in the bronze medal game, while Marco Onnis's Italian men's team won 5-2 against Germany to clinch the third place. With the tournament over, all the teams participating in the WJCC 2017 have been confirmed. Defending champions Canada, Hungary, Japan, hosts Korea, Russia, Scotland, Switzerland, Sweden, Turkey and the U.S. will take part in the women's events, while Canada, China, Italy, hosts Korea, Norway, Switzerland, Sweden, Turkey, the U.S. and the holders Scotland will battle it out for the men's title. The WJBCC was open to junior teams from all World Curling Federation member associations that had not already qualified for the VoIP Defender WJCC 2017.
RELATED TOPICS