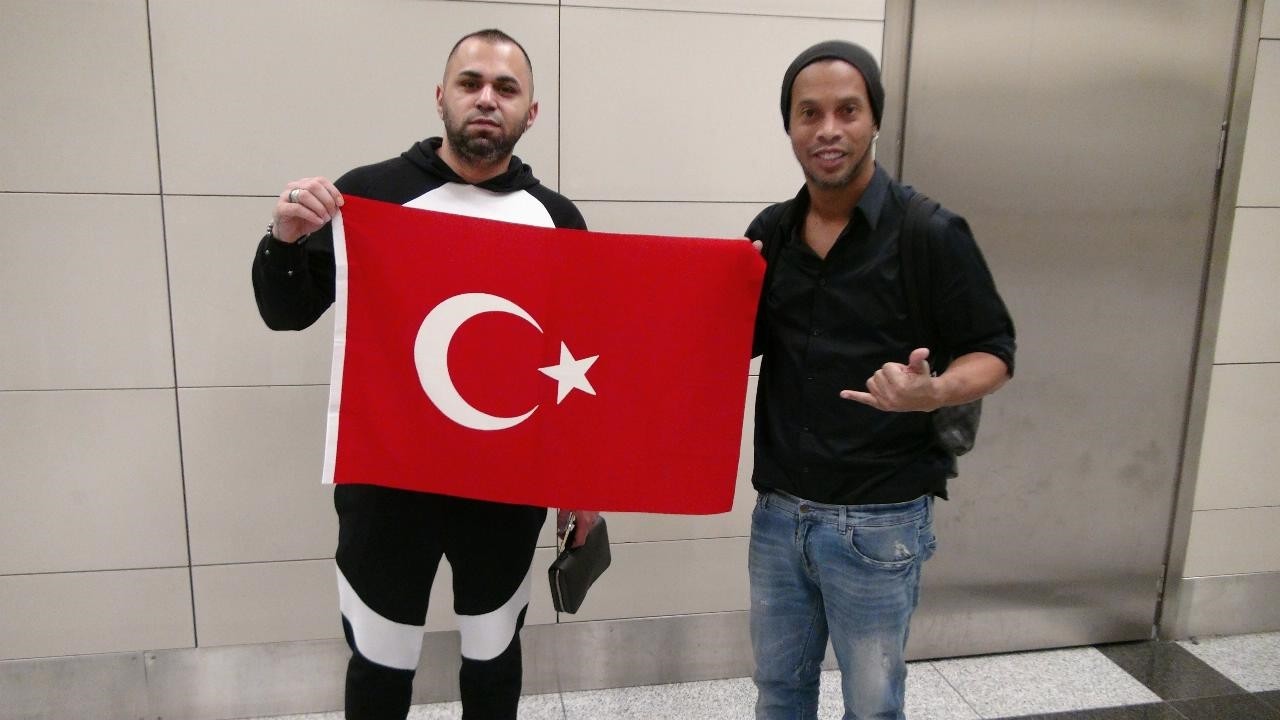 Ronaldinho poses with a Turkish fan at the airport.
by Daily Sabah Feb 06, 2017 12:00 am
Brazilian legendary football star Ronaldinho arrived in Istanbul on Saturday night to take partnership in a managerial and organization company in which fellow footballers have also joined.

It is also alleged that the Brazilian star will open the second branch of his soccer school named R10 following its grand opening in Japan. According to Doğan News Agency, Ronaldinho will open the school together with his Turkish manager Ümit Akbulut.

Ronaldinho was expected to come to Turkey last December but he could not make it because the plane carrying the Chapecoense soccer team had tragically crashed. Nineteen of their first-team squad were killed in the plane crash in Colombia. Ronaldinho was ready to come out of retirement to play for Chapecoense in an effort to help rebuild the club after the devastating plane crash.

Ronaldinho was also alleged to have agreed to join Antalyaspor and would link up with his former Barcelona team-mate Samuel Eto'o, but the signing never took place.
Last Update: Feb 06, 2017 1:17 am
RELATED TOPICS