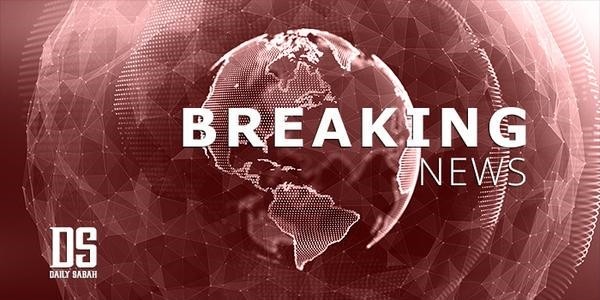 Three explosions went off near the team bus of one of Germany's top soccer clubs as it set off for a Champions League quarterfinal match on Tuesday evening, injuring a player, authorities said.

It was unclear what caused the explosions ahead of the first leg match between Borussia Dortmund and Monaco, which was later called off and rescheduled for Wednesday.

Police spokesman Gunnar Wortmann said there were "three explosions near the (Borussia Dortmund) team bus as they left the hotel to go to the stadium," and that there was "one player injured inside and damage to a window."

The incident happened near Borussia's team hotel on the outskirts of Dortmund, around 10 kilometers (6 miles) from the stadium, at around 7 p.m. local time (1700 GMT). Dortmund is in western Germany, in the densely populated Ruhr industrial region.

Dortmund said the injured player was Spanish defender Marc Bartra and that he is currently in hospital. Dortmund chief executive Hans-Joachim Watzke said Bartra was injured in the arm and hand "but nothing life-threatening."

Watzke said police told him that devices were hidden near the exit of the hotel and detonated as the bus passed.

However, another police spokeswoman, Nina Vogt, said there was no further information yet on what caused the explosions.

Inside the packed stadium, supporters of Monaco, which plays in the French league, chanted "Dortmund, Dortmund" in sympathy for the German side. Dortmund residents, for their part, used social media to offer accommodation to stranded Monaco supporters ahead of their rescheduled match in Europe's premier soccer club competition.

"The team is totally shocked, that's clear. It's our task now to digest this somehow because it's only 24 hours before we have to play. That's our job," Watzke said.

He added that there was "no alternative" to rescheduling the match for Wednesday, as Monaco also has to play at the weekend and the return Champions League match is scheduled for next week.

"It's a very unfortunate situation but there was no other way," he said.

Stadium spokesman Norbert Dickel informed fans of the cancellation, saying that "there is no reason for panic here at the stadium."

Dortmund recommended that fans stay in the stadium and remain calm to facilitate an "orderly departure."

This is the second time in recent times that a soccer match in Germany has been postponed over security concerns.

In Hannover, in November 2015, Germany's international soccer friendly against the Netherlands was canceled just before kickoff after police feared an explosive device might be detonated at the stadium.

It came days after devices were detonated outside the Stade de France in Paris as France was playing Germany as part of a coordinated attack on the French capital.