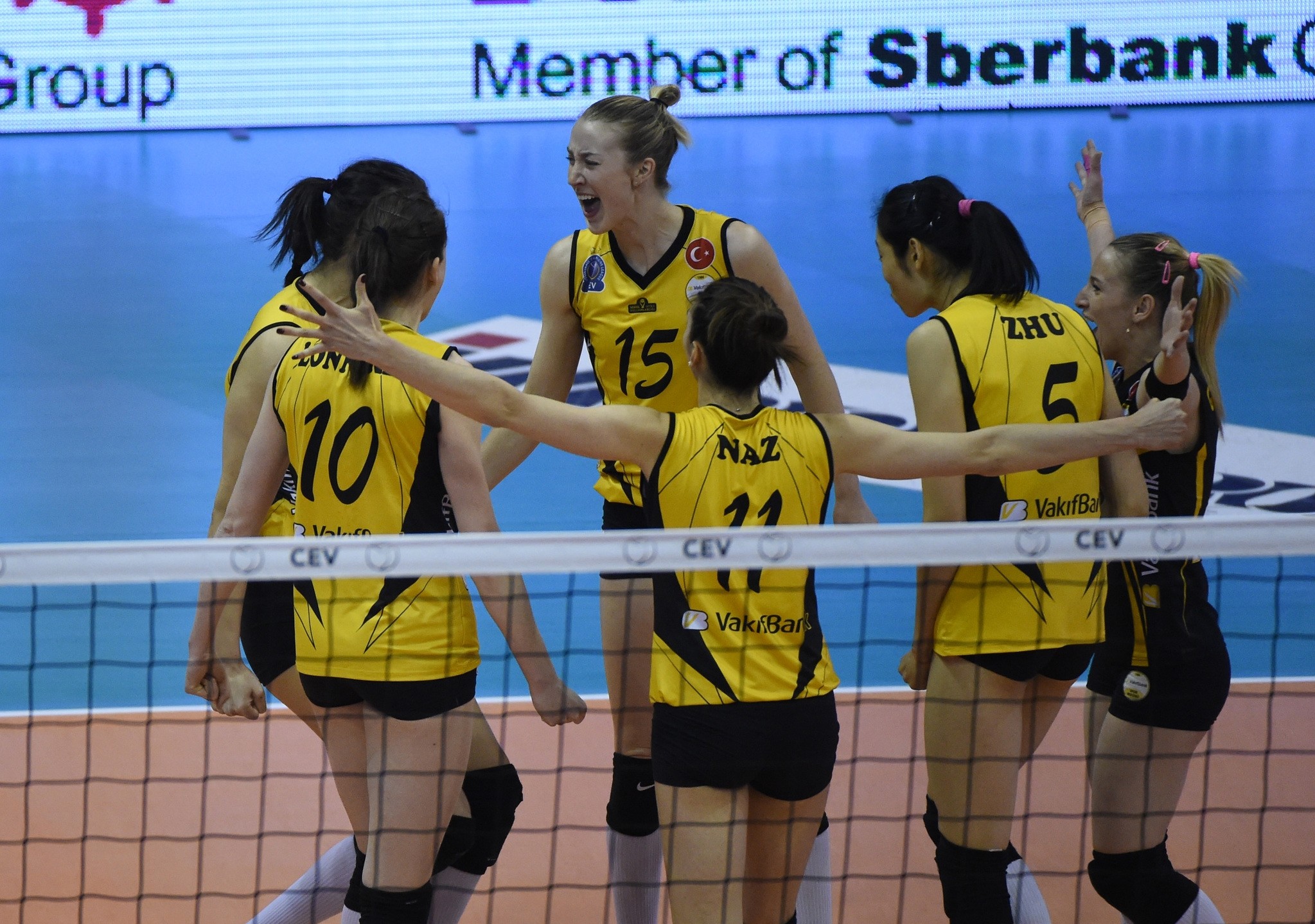 Turkish women's volleyball is going through its golden age as the number of European trophies claimed by Turkish teams has risen to 14.

With this result, the number one title of European women's volleyball has found its way to a Turkish clubs' trophy case for the fifth time in the last seven seasons.

In the final, Imoco Volley were off to a bright start, but the first set went to VakıfBank, 25-19. VakıfBank then claimed the second set fairly comfortably, 25-13. The third set, however, was a real thriller as it went right down to the wire, before the champions eventually claimed it, 25-23.

Congratulating the wining team and players, VakıfBank Chairman Osman Demren said, "We are very happy. We dedicate this title to oppressed Muslims around the world."

"The rumors that we will limit next year's budget are not true. The VakıfBank volleyball team is an investment in Turkish women and the nation, it's not a business. We are not thinking about downsizing the funding, it's the other way around. We will increase our support for the team," he said.

Meanwhile, the head coach of VakıfBank, Giovanni Guidetti, said, "I am not only thinking about this match. I am thinking about this team. This year we were really down sometimes and we took many punches on the way, but we never gave up. We lost in the Turkish League semi-finals and came here after 10 days of hard work. I am really proud of these players."

Kimberly Hill, the outside hitter of VakıfBank said, "It's an incredible feeling! You don't have any kind of expectations when you come in to this kind of match. You just go in and try to play good. It's easy with this kind of teammates. Everyone is supporting one another and makes it really fun."

Nicole Fawcett of Imoco Volley also chimed in after their defeat.

"VakıfBank really stepped up their game. We played a team that seemed to make every perfect play and it was tough for us. They did a great job. I think in the third set we came back really well and fought hard but it wasn't enough. It's hard to say how we could have stopped them. They had an effect on how we played, which was not by any means our best, but I think if we were to bring our best, it would not have been a three-set match," Fawcett said.

Raphaela Folie of Imoco Volley added, "The semi-final was amazing and we didn't expect to reach the final in such a way. We started a little bit slow and we only found our rhythm in the third set, but it was too late. VakıfBank were the stronger team today, but I feel we could have done more. It was our first Champions League final, so we will try to do better next year."