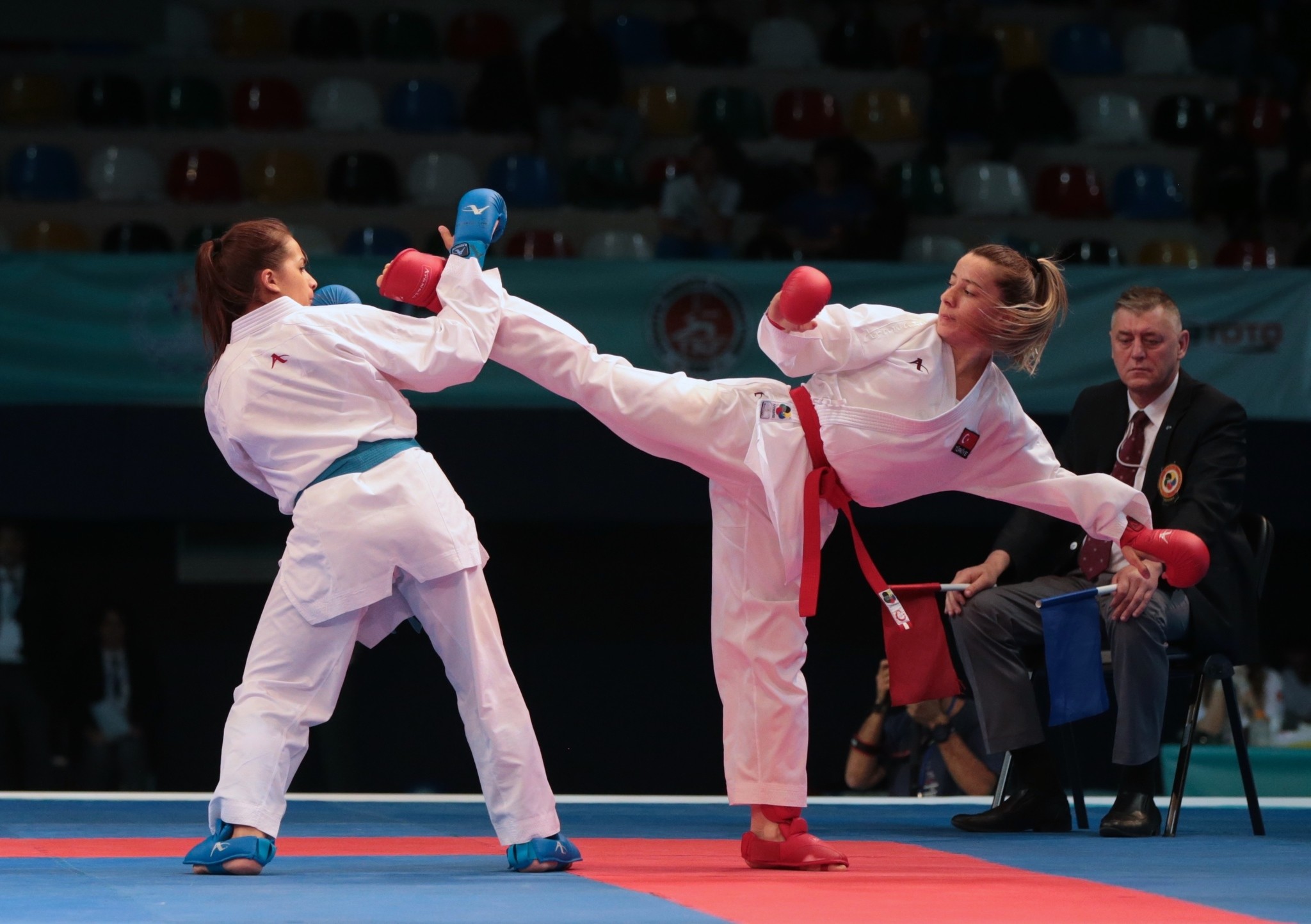 On the third day of the 52nd EKF Senior Championship held in northwestern Kocaeli province, Aktaş, 21, defeated Berat Jakupi of Macedonia in the 84 kilogram category in the tournament's final.

Last year, he also won gold after defeating Meris Muhovic of Bosnia and Herzegovina at the European Championships.

In the men's kumite under 67kg category, Burak Uygur continued an exceptional day for the Turkish delegation, beating Russian opponent Alexandr Gutnik to claim the third gold medal of the day.

Hafsa Şeyda Burucu, Merve Çoban and Erman Eltemur, who played in the morning session, beat their opponents to win bronze.

The annual European Karate event, which kicked off on May 4, will end tomorrow on May 7.