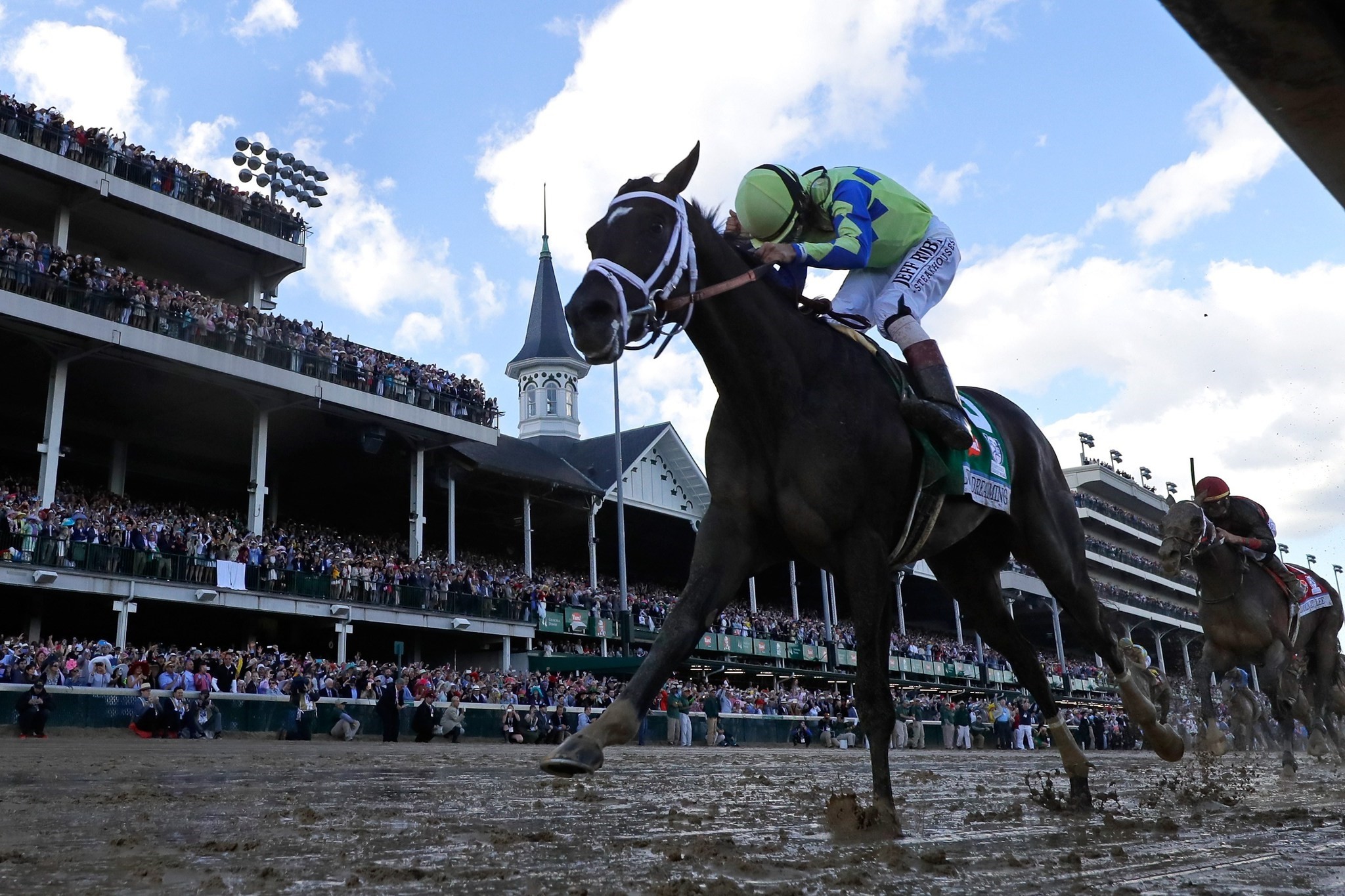 Jockey John Velazquez celebrates as he guides Always Dreaming #5 across the finish line to win the 143rd running of the Kentucky Derby.
by Associated Press May 08, 2017 12:00 am
Already well connected in the New York business world, Anthony Bonomo hooked up with trainer Todd Pletcher to prepare an entry for the Kentucky Derby. Bonomo's wife, MaryEllen, offered up Always Dreaming's name because of her proclivity for thinking big. The dark brown colt then fulfilled a dream come true for a multitude of people by winning the marquee horse race going away on Saturday.

A succession of Brooklyn accents spoke loudly in the joyous aftermath of Always Dreaming's 2 3/4-length victory as the favorite at Churchill Downs. Leading the way was Anthony Bonomo, who thanked many people for claiming one of sport's most coveted trophies, including grooms, hotwalkers and exercise riders.

"I don't even know if there's words that could describe this," Bonomo said. "It's a team. We can't forget."

Always Dreaming's primary ownership is comprised of Bonomo's Brooklyn Boyz Stables and Teresa Viola, whose husband Vincent owns the NHL's Florida Panthers. Vincent Viola was born in Brooklyn. But front and center was Bonomo, who heads a medical malpractice insurance firm in New York and is a big-time political donor. He stepped down from the state's racing association after his firm was tied to a corruption scandal resulting in the conviction of Republican state Senate majority leader Dean Skelos in 2015. As might be expected from two successful guys from the neighborhood, he and Viola reveled in Always Dreaming's win together.

"To me, it represents everybody who went to the racetrack for the first time with their dads and were just astonished by the brilliance of these equine athletes and fell in love with the sport," Vincent Viola said.
RELATED TOPICS