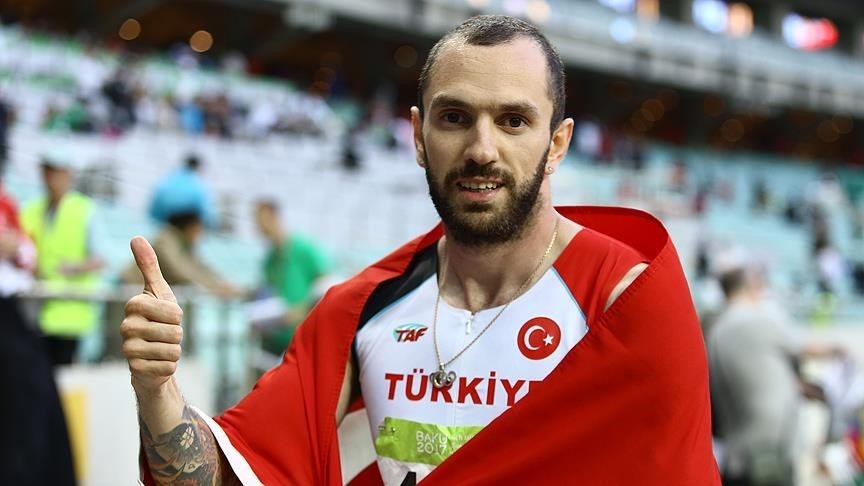 The fourth edition of the Islamic Solidarity Games in the Azerbaijani capital of Baku proved an opportunity for Turkish athletes to showcase their skills in going for gold in a diverse array of events. For Ramil Guliyev, an athlete for Istanbul-based Fenerbahçe club, the Games "felt like home again."

Guliyev, who was born and raised in Baku, scored 10.06 seconds in the 100 meter final event sprint race.

Speaking to Anadolu Agency, Guliyev, who won the first gold in running events in the Islamic Solidarity Games, said that the win was sheer luck, and that he was now more motivated to race in other categories. "I felt at home here and I hope I will accomplish more," he said.

"I am getting better compared to my performance last year. But I can't still believe that I won gold because I am still too excited. We have three more days of races and I have to focus on them now," Guliyev says.

The 26-year-old athlete who also competes in the 200 meters events, surpassed his personal best - 10.07 - in an Amsterdam race last year. He already has a silver medal under his belt for his accomplishment at the World Youth Championships in 2007, apart from the accomplishment in Amsterdam.

The Islamic Solidarity Games were first held in Saudi Arabia in 2005 with 6,000 athletes from 55 nations competing in 15 different sports categories, and Turkey is a candidate to host the next games.

Guliyev said Azerbaijan built new venues, from stadiums to tracks, for the Islamic Solidarity Games, and it would certainly improve the standing of the region in sports.

"I am looking forward to Tokyo 2020 and before that, I have to concentrate on small-scale races and one World Championship this year. I hope to repeat the success here," said Guliyev, who secured eighth place for Turkey in the men's 200 meters sprint race in the 2016 Rio Olympics.