Roman-era stadium set to be home for traditional sports 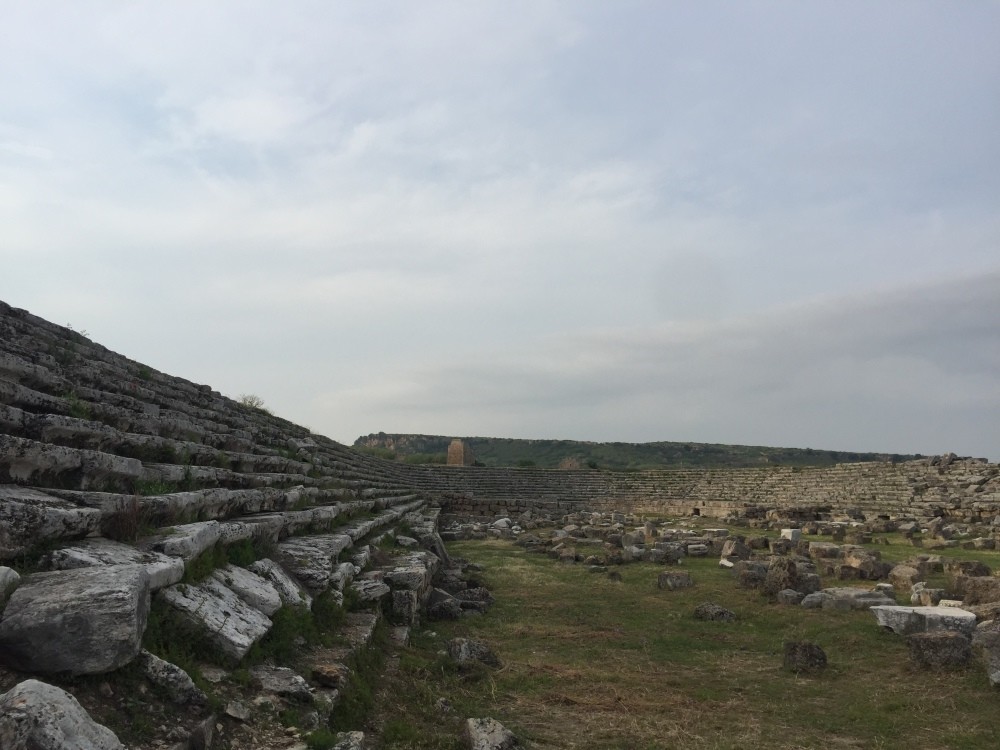 Perge Stadium, a Roman-era sports facility situated in southern Turkey, will be restored to its former glory and host traditional sports, authorities announced.

The stadium located among the ruins of the eponymous Roman city in southern Antalya province has a capacity to hold 12,000 people and survived to this day, except the broken stone seats and some outer walls. Built in the second century A.D., it is the largest surviving ancient stadium in Anatolia.

The Antalya Governorate will spearhead the restoration project that also covers other ancient structures in the city.

Cemil Karabayram, head of local authority on the preservation of the city's heritage, told Anadolu Agency that the stadium made of limestone was one of the most well-preserved structures and they would protect the original building components during the restoration. He said that after restoration, the stadium would be used as a venue for hosting both traditional sports as well as tourism-related events.

It is not clear which traditional sports will be performed in the stadium, but Turkey has seen a revival of "ethnic sports" in recent years. Istanbul last week hosted the Ethnosports Culture Festival, where events several sports branches tracing back their history to the Middle Ages and before - from mounted archery to oil wrestling - presented to a modern audience.