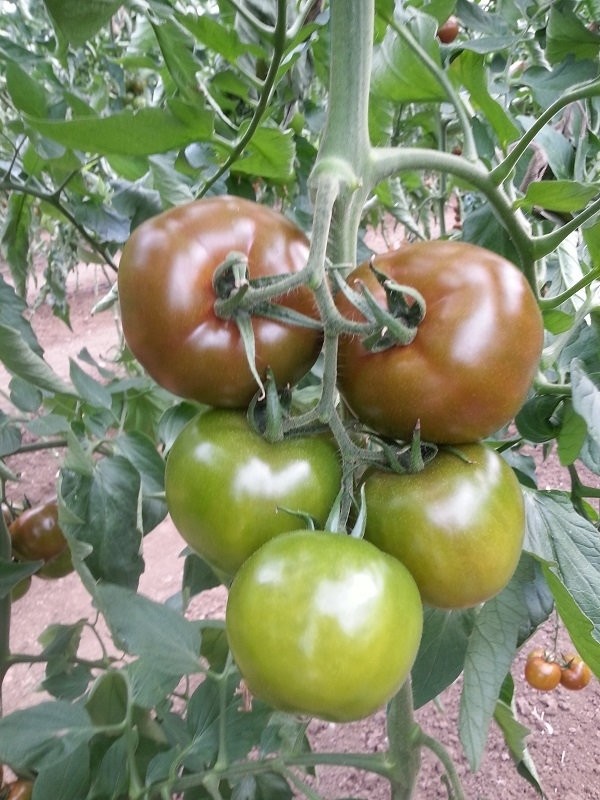 Yüksel Tohumculuk, a plant breeding company, has more than 300 licensed hybrid vegetable and fruit types to its name. Company Manager Güray Yüksel said their "Eto'o" tomatoes are very long-lasting, just like the 36-years-old Cameroonian eponym Eto'o, who has had a long successful career.

Yüksel stressed that tomatoes are very important products for Antalya.

"Antalya is the leading tomato producer in the region and it is the city's main export item. We have more than 300 types of hybrid agricultural products and we export them to more than 72 countries," he said.

"So, when there are a lot of different types of products it is important to name them. We have a name pool and sometimes we name products after those who made trial productions. We also name some of them considering their colors and specialties," he added.

Eto'o is the most popular footballer in Antalya. Before he signed for Antalyaspor, there was a running joke, "Eto'o is done," stemming from media reports that claimed Eto's transfer was completed long before he actually ended signing with the team.

Some years ago, Oktay Derelioğlu, a Turkish TV commentator had self-assuredly said that "Eto'o (transfer) is done" And he repeated it several times on live TV.

The transfer rumor based on Derelioğlu's source was not accurate and the Cameroonian did not come to Turkey.

After that, the expression "Eto'o is done" became a widely-known joke in Turkey. It went viral and comical videos were posted on websites like YouTube, only before Eto'o joined Antalyaspor in 2015.

The 36-year-old Cameroon legend is well-traveled in recent years. Since leaving Inter for Anzhi in 2011 he has played at Chelsea, Everton, and Sampdoria.

In the recently closed season, he scored 18 goals for Antalyaspor to become third on the team's top scorers' list.