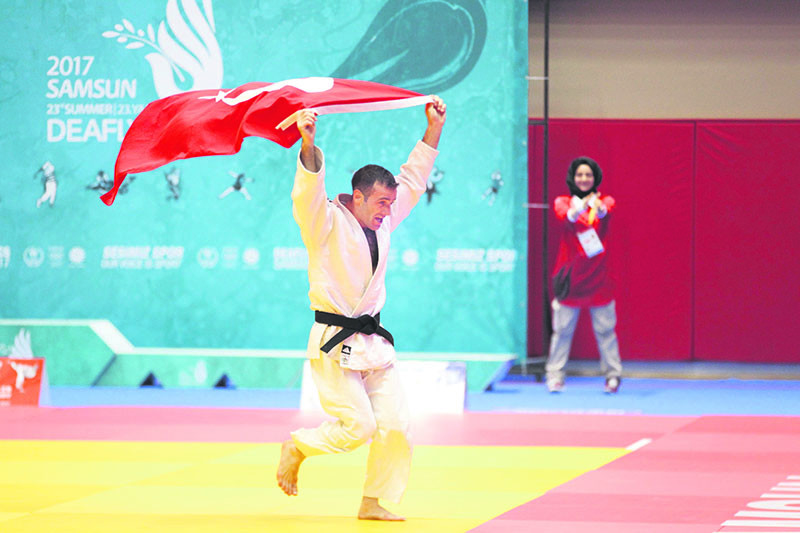 The 23rd Deaflympics, being held in Samsun, has a strong presence on social media thanks to its smartphone app, putting Turkey in the international sports spotlight

The Turkish city of Samsun will be in the international spotlight through the end of July as the official host of the 23rd Summer Deaflympics, the global games for the hearing impaired.

"We're at the center of attention worldwide. We feel proud to host the third-biggest sports event in the world," Ali Kaya, the captain of the Turkish National Basketball Team at the games, told Anadolu Agency. The 23rd Deaflympics began Tuesday in the coastal Black Sea province of Samsun with more than 3,000 athletes from 97 countries participating and is set to run through July 30.

Kaya added that Turkey has the ability to host any international events. He also pointed out the current games' social media presence and custom-made mobile apps.The Deaflympics 2017 smartphone app offers an event schedule alongside the results and venues of the matches and allows users to get alerts for their favorite competitions.

The first games for the deaf, known then as the International Silent Games were held in Paris in 1924, with athletes from nine European nations. The games were the brainchild of Eugene Rubens-Alcais, himself deaf and president of the French Deaf Sports Federation.

Kaya, a longtime basketball player, said: "I decided to play basketball when I felt the atmosphere of the 2001 European Men's Championship," where Turkey won a silver medal. Referring to the Turkish National Basketball team he said: "The '12 Giant Men' were always my idol."

Since first participating in the Deaflympics in 1989, Turkey have won a total of 84 medals, including 17 golds. They won 33 medals alone at the 2013 games in Sofia, Bulgaria.

Kaya, competing in his third Deaflympics, dismissed the view that being hearing impaired can be an obstacle to becoming an international athlete.

"We just don't hear. The best thing people can do for people with hearing disabilities is to encourage them to get involved in some kind of sports," he said.