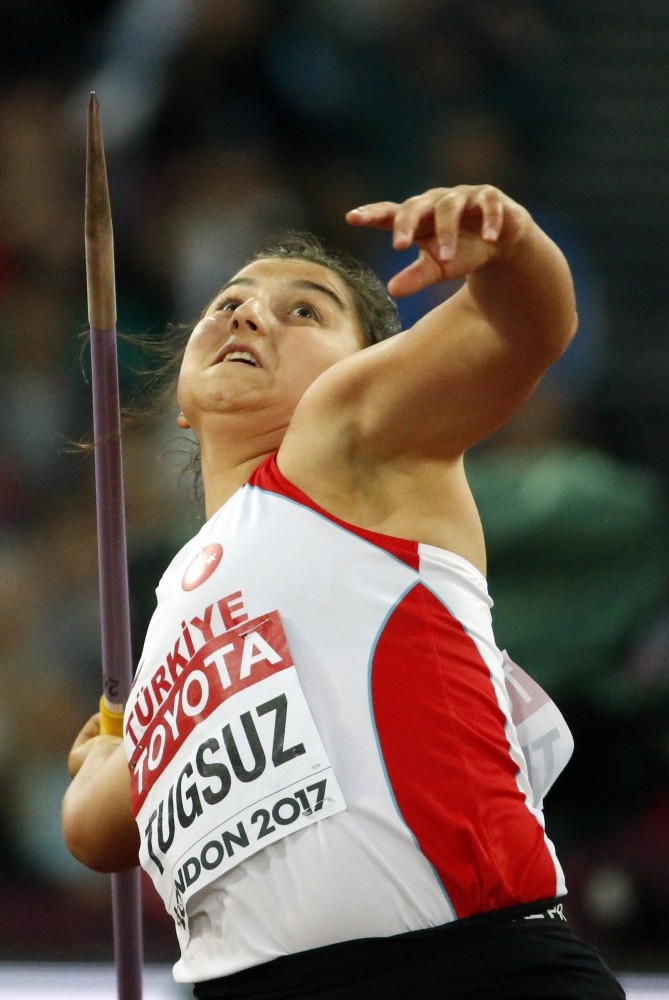 Eda Tuğsuz became the first Turkish athlete to advance to the finals of an international women's javelin throw event as she secured her place in the London World Athletics Championship finals.

Tuğsuz earned an automatic berth with a 63.87-meter throw. Her coach Fatih Avan said: "Eda, despite being only 20, has a very high capacity. I can tell from my own experience that competing in such big events can make everyone a little nervous but Eda was very professional."

In today's final, Tuğsuz will compete against seven others. They all had to cross the 63.50-meter qualifying threshold while three of them crossed the 65-meter mark. Slovenia's Martina Ratej hit 65.64m to finish behind Chinese athlete Lyu Huihui's 67.59-meter throw in the second group. Defending champion Katharina Molitor was the best in the first group, reaching 65.37 meters. Others moving on to the finals included Canadian Elizabeth Gleadle (62.97 meters), Tatsiana Khaladovich (62.58 meters) of Belarus and Chinese Li Lingwei (62.29 meters).