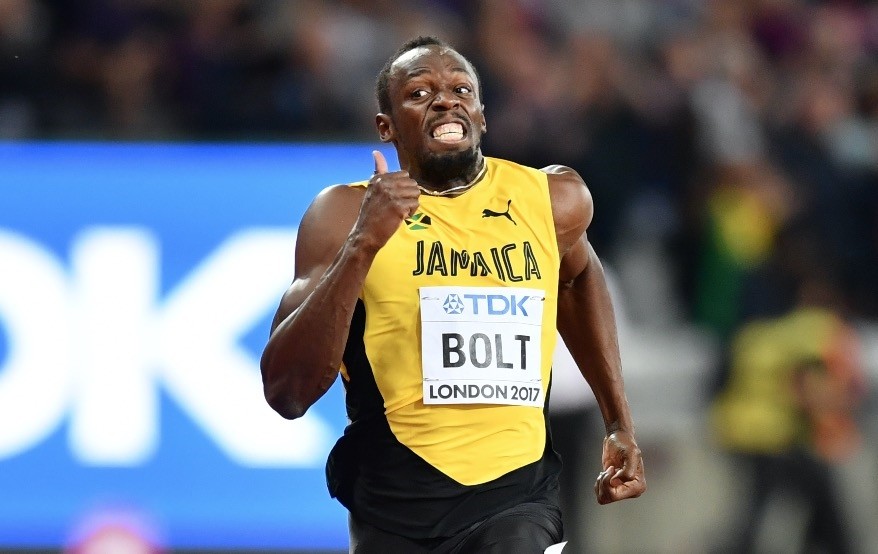 Jamaican legend Usain Bolt usually runs in the 200 metres individual event but opted not to compete at that distance in London, which is his last major championships before he retires, and the 30-year-old therefore has the scope to compete in the relay heats this time.

"We'll see, we haven't done any baton changes as yet with the guys, but I feel we are ready," the 11-time World Championships gold medallist said of their chances.

"I have talked to Julian Forte (100m semi-finalist) a little bit. I haven't really talked to the youngsters so we'll see when it comes to the baton changes, but I'm always excited to run relays and we see what the guys are prepared and ready to do."

Yohan Blake is the only other experienced member of Jamaica's sprint relay pool to have won medals at the World Championships or Olympics.

"Physically I am alright, there is a little bit of pain, but nothing a massage can't cure, I'm taking it easy," Bolt said of his condition two days after finishing third despite clocking his season's best-equalling 9.95 seconds in the 100m final.

"A little bit disappointed but such is life," the eight-time Olympic gold medallist added of his bronze medal.

"I've done my best as always; went out there and gave my all and I'm just happy to be here and looking forward to the 4x100," added, the 100m and 200m world record holder who has helped Jamaica win the last four world 4x100 titles.

Jamaica set the sprint relay world record of 36.84 seconds at the 2012 Olympics at the London Stadium. Bolt also has two Olympic 4x100m titles. A third gold, from the 2008 Games in Beijing, had to be returned to the International Olympic Committee after Bolt's relay team mate Nesta Carter was found guilty of doping. Carter has appealed to the Court of Arbitration for Sport (CAS) asking that the Jamaican team be reinstated.

Meanwhile, Bolt continued to give credit to 100m gold medallist Justin Gatlin for his perseverance in a difficult atmosphere amongst the fans in London, where they booed the 25-year-old American throughout the sprint competition. Gatlin has served two suspensions for doping offences.

"I'm just showing respect," said Bolt. "We've been battling for years and he finally got one (gold); yes it's at the end of my career but I have to show respect and where respect is due," added the Jamaican, who insisted his legacy remains intact.

"If you work hard throughout your life, I always say anything is possible and I can imagine how long he (Gatlin) has dreamt of this moment...

"I can't be a sore loser; throughout my career I've dominated. I personally don't think it (the bronze medal) has changed what I have done in any way," Bolt said.