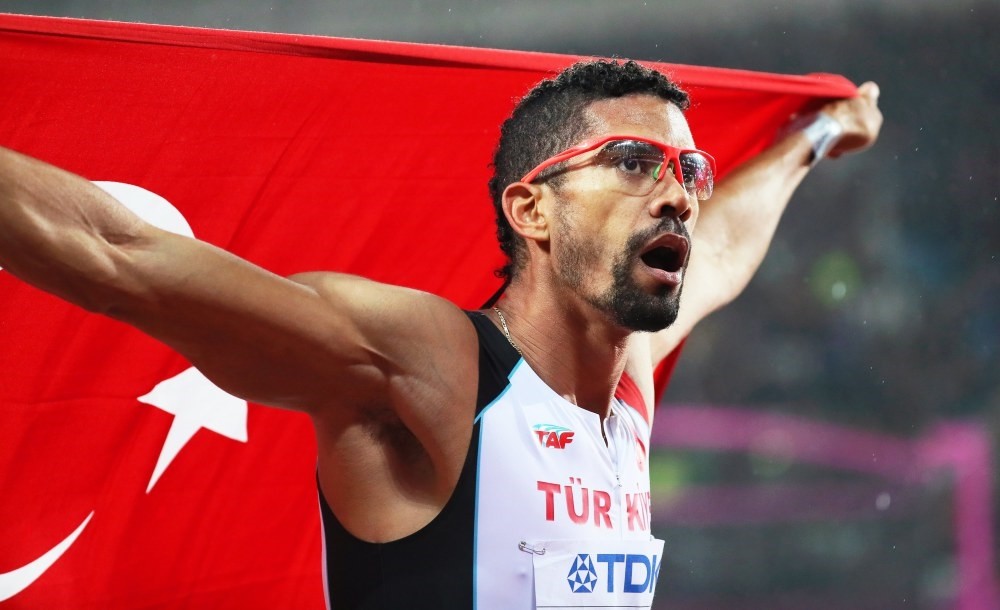 Yasmani Copello Escobar of Turkey won silver in the men's 400 meter hurdles to give his country its first medal at this year's International Athletics Association Federation (IAAF) World Championships in London. Escobar finished in a time of 48.49 seconds, behind Norway's Karsten Warholm who took gold in 48.35 seconds and made history as the first Turkish male athlete to win a medal in a world athletics championship.

Escobar, originally from Cuba, won the bronze at the Rio Olympics and gold at the European Championships. Copello said, "I am very happy to be the first male athlete to earn Turkey a medal in the world athletics championship. I am also happy to run for Turkey. I want to thank my club, my family and especially Turkey's Athletics Federation President Fatih Çintimar. He always supported me. I am Turkish and love Turkey very much."

Çintimar said, "We earned our first medal in a world championship. But we said that it would not be the last medal. I congratulate everyone who contributed to this medal. It is the result of teamwork." Youth and Sports Minister Osman Aşkın Bak also congratulated Copello. Turkey sent a record 27 athletes to the 10-day competition that began Aug. 4. America's Olympic champion Kerron Clement settled for bronze in the event. Gold medalist Norwegian Warholm's victory could prove as valuable to the sport.

Athletics is desperately seeking new and quirky characters to fill the huge vacuum that will be left by the retirement of Jamaican superstar Usain Bolt and to a lesser extent British distance legend Mo Farah. Warholm fills several boxes being only 21 years old and exhibiting an exciting style of running, showing no fear in leading from the gun to the tape and leaving one of the all-time greats in Kerron Clement trailing in his wake.